Another confirmation that solar energy is moving fast.

by Tibi Puiu
in News, Renewable Energy, Science
A A

Solar is growing exponentially fast all around the world. But while prices per kW-hour drop year after year, the same can’t be said about solar efficiency — here, progress is incremental. A Swiss startup backed by the prestigious Swiss Federal Institute of Technology in Lausanne (EPFL) might change all that by helping the industry take a big leap, instead of small steps. Their solar panels are about twice as efficient as most residential solar panels, but only marginally more expensive.

A new ray of hope for the solar industry

The most efficient solar cells were demonstrated by researchers at Soitec, France in December 2014. Their multi-junction concentrator solar cell can harness 46% of the sunlight’s energy into electricity. These sort of cells, however, are extremely expensive and only make economic sense for a narrow range of applications, like satellites in space or utility-scale solar power plants. Reaching this sort of efficiency for residential applications, like rooftop solar, has proven far more challenging.

In its labs based in EPFL’s Innovation Park, Insolight showed that it is possible to harness 36.4% of the sun’s incoming rays using a novel design developed in-house. Other solutions currently traded in the market can only offer 18 to 20 percent efficiency.

Their panels are made out of two main sub-systems. The first part is made of a very thin optical structure comprised of millimetric lenses which act as a small network of magnifiers. The incoming light is thus amplified and concentrated onto a ‘super solar cell’, which comprises the second system. This cell is a multi-junction one consisting of multiple layers that each act to capture a particular band of energy from sunlight.

Multi-junction cells can be prohibitively expensive, but Insolight made their panels in such a way that only a very small super solar cell is used. Even so, when the light is concentrated onto the tiny cell, it generates twice the electricity for the same surface area as the typical solar panels you can buy anywhere today. An important component that helped the Swiss researchers gain this remarkable performance is a proprietary tracking system that can direct 100% of the sun’s rays into the cell no matter the angle of incidence.

“All the components were designed from the start to be easily mass produced,” says Mathieu Ackermann, the company’s CTO. “Working in industry gave us what we needed to reach our goal, which was to develop solar panels that could be rapidly brought to market at a competitive price.”

The results were validated by an independent lab in Germany, part of the Fraunhofer Institute group. But transitioning this performance from the lab to the real world is a whole different matter. The founders are optimistic, though, and say that even if their design falls short of a couple points it will still be better than what’s currently being offered.

“The price of solar panels has dropped sharply in recent years, but not enough to produce electricity at a competitive cost,” Ackermann  says.

“For residential systems, solar panels accounted for less than 20% of total installation costs in the United States in 2015. Even if the solar panels were free, this would not always offset the system’s cost. Currently, most of the margin earned by solar energy developers comes from subsidies. Yet these subsidies are declining.”

This is where Insolight hopes to step in. It remains to be seen whether the young startup can scale production and deliver on its promises. There’s no word for now regarding the wholesale price.

“Insolight has designed a highly innovative system, and these initial prototypes show an impressive yield in external assessments,” says Christophe Ballif, Director of EPFL’s Photovoltaics Laboratory. “They now need to test the limits of their concept, show how a commercial-sized system can perform, and prove the product’s economic potential.” 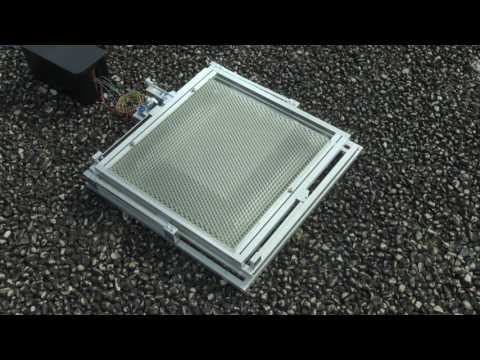