Some influential studies are “sleeping beauties”, going unnoticed for decades after publishing

A study which combed through millions of research papers published over the span of a century measured their citations and found many obscure studies surfaced much later into attention and were recognized for their true worth. Typically, if a study hasn't received any citations within the first couple of years since it got published, it will likely stay as it is - forgotten and uninteresting. But this is no rule. The exception are those works of science that were ahead of their time. For instance, the statistical model the researchers employed cites one paper published by Albert Einstein and others which didn't became influential until 1994. This insight into the "science of science" will prove useful in assessing citation dynamics in general.

by Tibi Puiu
in News, Science
Reading Time: 4 mins read
A A
Share on FacebookShare on TwitterSubmit to Reddit

A study that combed through millions of research papers published over the span of a century measured their citations and found many obscure studies surfaced much later into attention and were recognized for their true worth. Typically, if a study hasn’t received any citations within the first couple of years since it got published, it will likely stay as it is – forgotten. But this is no rule. The exception are those works of science that were way ahead of their time. For instance, the statistical model the researchers employed cites one paper published by Albert Einstein and others which didn’t became influential until 1994. This insight into the “science of science” will prove useful in assessing citation dynamics in general. 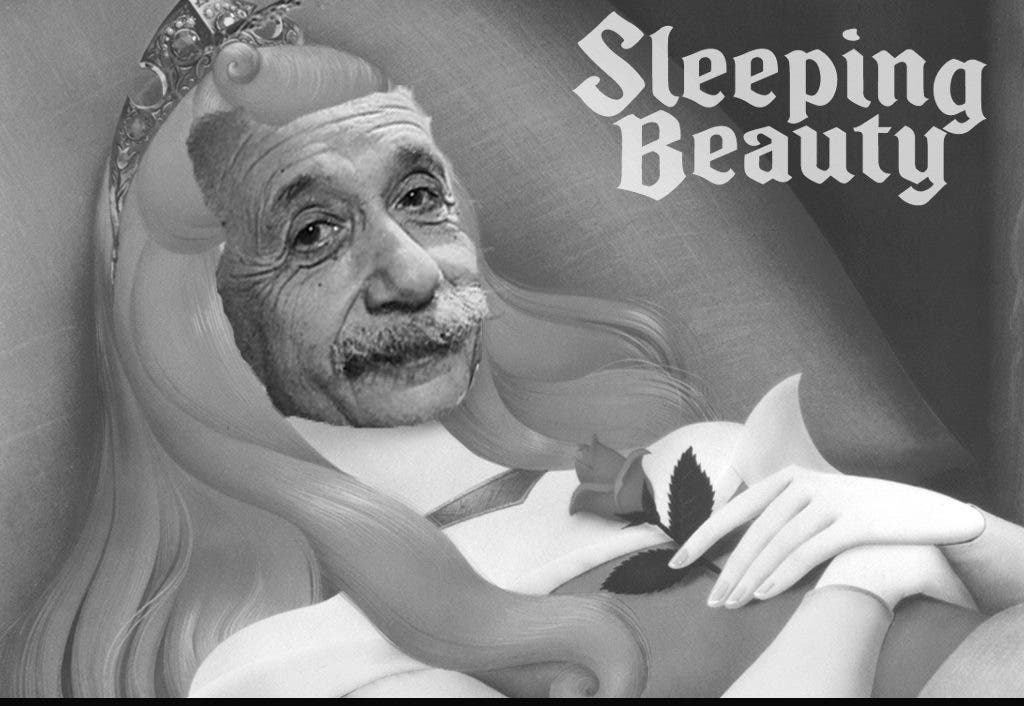 The work was led by Alessandro Flammini, an associate professor of computing and informatics at Indiana University Bloomington, and Filippo Radicchi, a researcher in complex networks at the same lab. The two, along with colleagues, looked at a whooping 22.8 million studies published within more than 100 years, then measured their influence. Key was a ‘beauty coefficient’, B, the researchers developed which assigns a value based on how many citations the publication received and how long it took  after the paper was first published. For instance, a paper that garners citations linearly over time gets a fat zero, though getting cited in itself is far from being worthless. For their scope, however, this proved useful in identifying those papers that languish for years and years before being discovered.

Topping the “B” list was a 1906 paper titled ‘Concerning adsorption in solutions’, with a 11,600 score. The paper didn’t come into attention until 2002. The famous Einstein–Podolsky–Rosen paper comes in 14th place, with a B value of 2,258. First published in 1935, the EPR pardox (named after the three authors) wasn’t recognized for its true value for more than 60 years. The EPR paradox refers to the entanglement of particles, or “spooky action at a distance” where an entangled particle can change its state instantly as a response to a change in its paired particle even though they’re light years away from each other. In 1958, the Journal of the American Chemical Society published a paper on “Preparation of Graphitic Oxide.” This was to incredibly useful in the first synthesis of graphene (one atom thick carbon atoms arranged in a hexagon lattice), now hailed as a wonder material that might forever change the industries that power the modern world.

“This study provides empirical evidence that a paper can truly be ‘ahead of its time.’ A ‘premature’ topic may fail to attract attention even when it is introduced by authors who have already established a strong scientific reputation,” Alessandro Flammini of Indiana University said.

The longest sleeping beauty in the list is from Karl Pearson, entitled, ‘On lines and planes of closest fit to systems of points in space’. The paper was published in 1904 and didn’t become widely cited until 2002.

So, why do some papers get locked in the attic for so long only to surface much later in their life? Well, most of the papers that made the “B” list were confined to a highly specialized field. It was only with the advent of new technology or the rise of a new field of science that these sleeping beauties awakened. Radicchi says “for about 80% of the top [sleeping beauties], as much as 75% or more of citations are of interdisciplinary nature.” But while they may have found the sleeping beauties, what’s missing is the “princes”; namely, the mechanisms that may be held responsible for their awakening. Findings were detailed in PNAS.

Speaking for Nature, Dashun Wang, an information scientist at Pennsylvania State University, University Park, heralded the work as important and fundamental to understanding how citations flow and what makes some papers more influential than others. When Wang designed a model to predict the trajectory of a paper from its early citations, he found  6.5% of papers didn’t follow his projected trend line.

“One important conclusion of this paper is that, while the fraction of sleeping beauties may be well within the 6.5% of papers, they are not as rare as we had previously thought,” he says. “These sleeping beauties are now being systematically discovered thanks to the new method proposed in this paper that is rather convincing and does not rely on arbitrary thresholds.”

Wang carefully notes, however, that if your paper hasn’t been cited in its first years, it will likely stay this way. In other words, if you don’t get cited, it’s not that you’re an obscure genius. It’s just that you suck, maybe. A 2007 statistic says “90% of papers published in academic journals are never cited.”

I expect, if you look at a paper that is 10 years old [and not cited], my guess is it will continue to have zero citations forever,” Radicchi says.