Gifted children are supposed to be tomorrow’s leaders, scientists, and innovators – but the exceptionally smart are often invisible in the classroom, don’t do so well on the curriculum, and aren’t motivated by society to achieve their full potential. 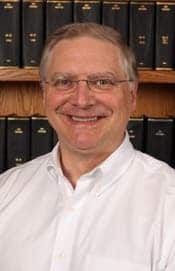 The results were recently published in a paper in Psychological Science.

“Gifted children are a precious human-capital resource,” said Lubinski, who has spent four decades studying talented individuals to correlate exceptional early SAT scores with achievement later in life. “This population represents future creators of modern culture and leaders in business, health care, law, the professoriate and STEM (science, technology, engineering, and mathematics). Our study provides new insight into the potential of these children.”

They selected the children that were in the .01% in above-level testing methods, namely SAT verbal or math scores achieved at age 13 or younger. In total, 320 children were selected; of them, 203 went on to earn master’s degrees and above, 142 also earned doctoral degrees (that’s 44%, compared to the general population, which has about 2%). Most of them fared very well, becoming senior leaders at Fortune 500 companies, prolific software engineers, physicians, attorneys, and leaders in public policy.

However, despite these undeniable achievements, researchers concluded that they haven’t truly reached their full potential. Typical school settings are unable to accommodate their fast development, with teachers moving away from them to students who were having problems dealing with the curriculum. This trend continues throughout the formal education, and further social roadblocks are also encountered, which leads to an accumulation of frustrations and a sense of underachieving for most, if not all exceptional children.

“There’s this idea that gifted students don’t really need any help,” Kell said. “This study shows that’s not the case. These people with very high IQs—what some have called the ‘scary smart’—will do well in regular classrooms, but they still won’t meet their full potential unless they’re given access to accelerated coursework, AP classes and educational programs that place talented students with their intellectual peers like Peabody’s Programs for Talented Youth.”

The main idea is that most highly talented children do very well in life – but not as well as they could do, if the system were prepared to handle and encourage them, instead of placing roadblocks.

“Ability, motivation and opportunity all play roles in developing exceptional human capacity and providing the support needed to cultivate it throughout life,” Lubinski concludes.