Chicks count numbers like humans: from left to right

An exciting research found baby chicks also use the mental number lines employed by humans to count numbers, representing them upwards from left to right. The research and those to follow on other animals might help unravel how this basic mental construct, so essential to human intellect, evolved. Think twice before insulting someone by calling him a birdbrain - it doesn't do the birds justice.

by Tibi Puiu
in Animals, News, Psychology
Reading Time: 3 mins read
A A
Share on FacebookShare on TwitterSubmit to Reddit

An exciting research found baby chicks also use the mental number lines employed by humans to count numbers, representing them upwards from left to right. The research and those to follow on other animals might help unravel how this basic mental construct, so essential to human intellect, evolved. Think twice before insulting someone by calling him a birdbrain – it doesn’t do the birds justice.

If I ask you to list all the numbers between one and ten, you’ll naturally mentally plot them one, two, three and so on from left to right. This is typically referred to as the mental number line and for a long time it was believed that only us humans do this. Other animals can obviously count, since they possess a sense of scale – a sheepdog can distinguish between the difference between a flock and a couple of stray members.

To see whether other creatures besides humans used the number line,  Rosa Rugani, a psychologist at the University of Padova in Italy, devised a set of clever experiments. She and colleagues trained baby chicks only three days old to walk around a panel where five dots were printed to find food. This is an essential step because there are no such things as smaller or bigger numbers, if you take them by themselves. You need a reference figure, and the five dots came as the anchor. After a couple of rounds, the panel was removed and the chicks were guided to the second part of the experiment. This time they faced two panels – both had two dots printed on them, but one was on the left side, while the other on the right side. On average, the chicks chose to walk towards the left one 70 percent of the time. In another round, the two left-right panels had eight dots printed on each. This time, the chicks chose the right side 70 percent of the time. The findings were reported in the journal Science. 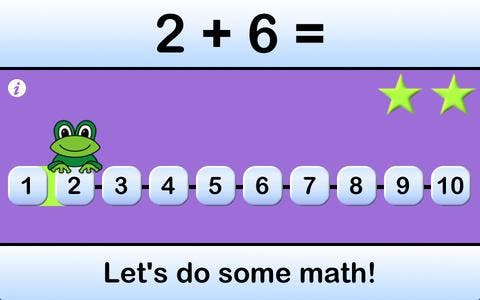 Because the results are statistically significant (a lot greater than chance), this suggests the chicks compared the numbers to the reference panel and chose left when the number was smaller and right when it was bigger – just like the human number line works.

The experiment was repeated with a training panel listing 20 squares, while the testing ones had 8 and 32. Again, an overwhelming majority of the chicks chose left when the number was smaller and right when it was bigger.

“Our results suggest a rethinking of the relationship between numerical abilities and verbal language, providing further evidence that language and culture are not necessary for the development of a mathematical cognition,” said Rugani.

Also, another important discussion regarding the number line was whether this is an innate ability or something culturally acquired, considering it’s also being taught in school. Previous research suggests it’s deeply innate considering seven-month-old babies, who haven’t learned language or maths, still prefer 1-2-3 to 3-2-1, but it’s also culturally influenced. People who speak Arabic as a first language, where writing goes from right to left, tend to respond faster to lower numbers with their right side and higher numbers with their left side, as opposed to westerners. However, if a simple creature like a three-day chick, obviously with no notion of language, culture or arithmetic can conceptualize objects in a number line, then it seems the case that human cultre shapes and tweaks something that is innate.

“I would not at all be surprised that the number spatial mapping is also found in other animals, and in newborn infants,” Rugani said.

Of course, she and her team are already devising future experiments to test other animals for number line ability. Ultimately, they hope to track down the common ancestor that first developed this conceptualized ability. As far as the neuroscience goes, scientists found that mapping numbers corresponds to the right parietal cortex, which might explain why the line starts from left to right.