by Mihai Andrei
in Environment, Geology, Physics
Reading Time: 2 mins read
A A
Share on FacebookShare on TwitterSubmit to Reddit

Climate change deniers were ecstatic – our planet wasn’t warming as fast as models predicted it; ha! Everything crumbles down, global warming is a hoax and all is good in the world, right? Wrong. The main question in science is “Why?”, and researchers started asking the question. Are all the models wrong, is there something big we’re missing? Possible, but unlikely. Is there some external factor temporarily slowing down global warming? That’s much more likely; and after analyzing the past decade (which didn’t perfectly fit climate change models), a team from University of Colorado Boulder concluded that the main culprit here are volcanoes spewing out sulfur dioxide. 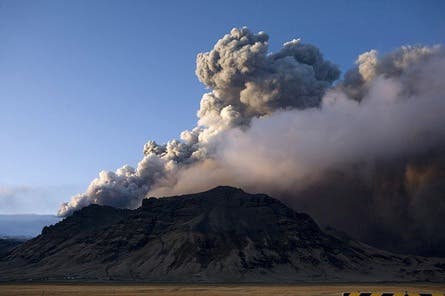 Sulphur dioxide, unlike carbon dioxide for example, contributes to global cooling, not warming. Until now, the main suspects were India and China two countries that are estimated to have increased their industrial sulfur dioxide emissions by about 60 percent from 2000 to 2010 through coal burning. But lead study author Ryan Neely and his team found that here, humans can be “exhonerated”:

“This new study indicates it is emissions from small to moderate volcanoes that have been slowing the warming of the planet,” said Neely, a researcher at the Cooperative Institute for Research in Environmental Sciences, a joint venture of CU-Boulder and the National Oceanic and Atmospheric Administration.

This new study basically analyzed the transparency of the the stratospheric aerosol layer using a parameter called “optical depth”. Since 2000, the optical depth has increased by about 4 to 7 percent, meaning it is slightly more opaque now than in previous years.

“The biggest implication here is that scientists need to pay more attention to small and moderate volcanic eruptions when trying to understand changes in Earth’s climate,” said Toon of CU-Boulder’s Department of Atmospheric and Oceanic Sciences. “But overall these eruptions are not going to counter the greenhouse effect. Emissions of volcanic gases go up and down, helping to cool or heat the planet, while greenhouse gas emissions from human activity just continue to go up.”

While small and moderate volcanoes contributed to this change, big volcanoes can cause a cooling burst, which could have a much bigger and immediate effect. During medieval times, during the ~1300, the planet underwent a phenomena called the “Little Ice Age” – not an ice age per se, but a period in which temperatures dropped steeply as a result of increased volcanic activity.

The research was published in Geophysical Research Letters