by Mihai Andrei
in Physics, Science
Reading Time: 2 mins read
A A
Share on FacebookShare on TwitterSubmit to Reddit

Fantastic news for physics lovers: pretty much all particle physics articles will now be open-source, thanks to a deal between a consortium and 12 journals.

In the most remarkable attempt to make hard, peer-reviewed science available to readers, the Sponsoring Consortium for Open Access Publishing in Particle Physics (SCOAP3) is close to securing all particle-physics articles — about 7,000 publications last year — free on journal’s websites. 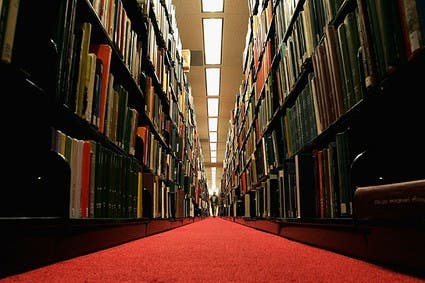 Particle physics is already a paragon of open source, with most studies being published on he preprint server arXiv, but most peer-reviewed studies were still published in subscription journals – a quite contested method, due to the practices of publishing companies, most notably, Elsevier. Basically, in order to receive access to the articles and journals they are most interested in, entities such as universities and institutes are forced to strike deals in which they buy more than they are interested in; but that will, hopefully change in the nearby future.

The new deal stipulates that research groups do not need to arrange open publication of their work, and over 90 percent work in the field will be published open source, as of 2014. Salvatore Mele, who leads the project from CERN, Europe’s high-energy physics laboratory near Geneva, Switzerland, and home of the LHC announced the details, and seemed quite pleased with this development.

It is “the most systematic attempt to convert all the journals in a given field to open access”, says Peter Suber, a philosopher at Earlham College in Richmond, Indiana, and a proponent of open access.

The consortium managed to do this by inviting the journals to bid for three-year open-access publishing contracts, and ranked them by an undisclosed algorithm that weighed their fees against their impact factors and the licences and delivery formats they offer. The journals won big, gaining an average of €1,200 (US$1,550) per paper, but the biggest winners here are the public and physics. The consortium will pay this from an annual budget of approximately 12 million dollars, funded not by authors or research grants, but by pledges from more than a thousand libraries, funding agencies and research consortia across the world.