by Mihai Andrei
in Geology, Physics, Space
Reading Time: 5 mins read
A A
Share on FacebookShare on TwitterSubmit to Reddit

The Ebb and Flow satellites, known together as the Grail mission are mapping the slight differences in gravity across the Moon. The results show that the Moon received a much bigger battering than previous expected. 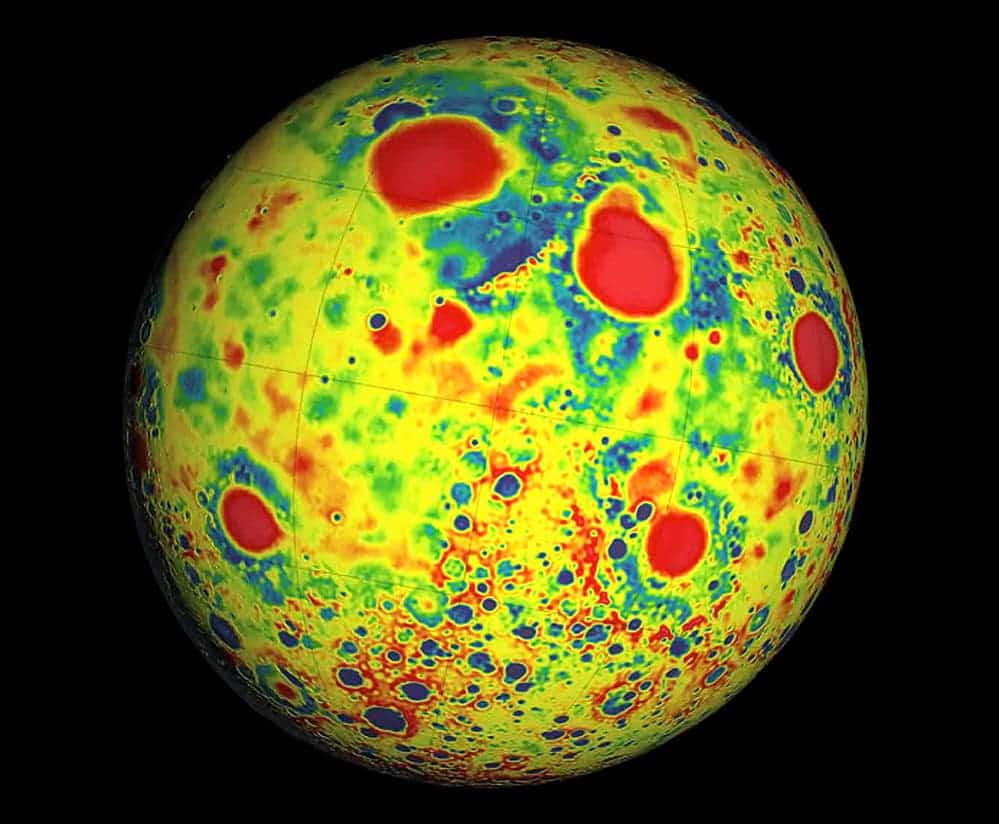 Beneath its surface, the Moon’s interior bears clues from the very early solar system – unlike the Earth. While our planet is active from a tectonic point a view and constantly erases and recirculates almost any trace of the planet’s earlier composition, the Moon’s interior remained rather undisturbed as the billions of years passed, practically preserving a record of the rocks and processes that took place in its early history.

Now, researchers from MIT, NASA, and the Jet Propulsion Laboratory have found evidence than even beneath its surface, the Moon’s crust is almost completely pulverized. Their findings suggest that in its first billion years, the Moon (and probably the Earth too) suffered much more damage from celestial impacts than previously thought.

Using the data from GRAIL’s measurements, geophysicists have created a high resolution map of the moon’s gravity — a force created by surface structures such as mountains and craters as well as other geologic structures located beneath the surface.

Basically, they analyzed the gravity anomaly. You calculate the Moon’s gravitational attraction in difference points, and basically variations in gravity anomalies are related to anomalous density distributions within – thus enabling researchers to understand the internal structure of the planet (or satellite, depending on the case). 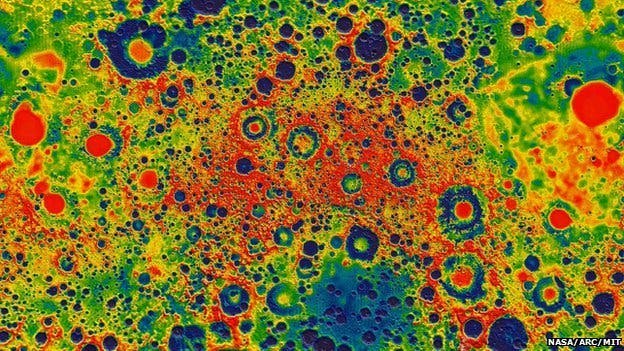 “It was known that planets were battered by impacts, but nobody had envisioned that the [moon’s] crust was so beaten up,” says MIT’s Maria Zuber, who leads the GRAIL mission and is the E.A. Griswold Professor of Geophysics in the Department of Earth, Atmospheric and Planetary Sciences. “This is a really big surprise, and is going to cause a lot of people to think about what this means for planetary evolution.”

Zuber and her colleagues detailed the findings in three different papers published in Science.

Aside from indicating a rough past, the map also highlighted numerous structures on the moon’s surface that were unresolved by previous gravity maps of any planet, including volcanic landforms, impact basin rings, and many simple, bowl-shaped craters. From the measurements, they indicated calculate a crust thickness of 34 to 43 kilometers, much thinner than previously estimated by geologists. Also, crust beneath some major basins is nearly nonexistent, indicating that impacts actually excavated the lunar mantle, providing a window into the interior – a window still easy to observe today.

In order to generate the gravity map, GRAIL’s two probes used a rather unorthodox technique – measuring changing distance between themselves as they orbit in tight formation around the moon. As a probe flies over a denser area, with a stronger gravitational pull, the stronger local gravity will pull that probe ahead, widening the space between the two spacecraft. As it flies over a less denser area, the reverse process happens; researchers used the changing distances between the two probes to translate it into the map.

The thing is that using this method, they map the effect of both the surface structures and the interior; in order to check only the moon’s interior, Zuber’s team used topographic measurements from another of their instruments, a laser altimeter aboard the Lunar Reconnaissance Orbiter, a separate spacecraft in orbit around the moon. They calculated the expected gravitational field judging by the topography, and then subtracted it from the measurements done by GRAIL.

“It’s essentially like removing a veil to reveal the gravity due to the inside of the planet,” Zuber says. “And when we saw those maps, we were just speechless.”

The interior map did reveal linear structures of denser material, which Zuber and her team believe to be buried lunar dikes – a type of magmatic sheet intrusion that seeped into fractures then solidified as rock. The dikes are an important piece of evidence, indicating the expansion of the moon in its earliest history. However, all in all, 98 percent of all the lunar crust is fragmented — a clear remnant of very early, very massive impacts.

“This is interesting for the moon,” Zuber says. “But what it also means is that every other planet was being bombarded like this.” The resulting fractures, she says, affect the way a planetary body loses heat and also provide a pathway for the transport of interior fluids. 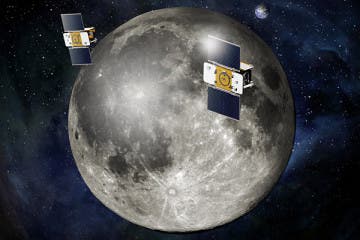 Never has a study of this resolution been performed on the Moon.

“The staggering quality of the data reported by Professor Zuber and her colleagues is amazing,” says Kring, who was not involved in the research. “The data are exciting because they foretell far more insights than are captured in these initial three papers.”

But aside from the study itself, it has to be said that the biggest accomplishment is the ships themselves: Ebb and Flow have already provided incredibly valuable information – and they’ve just started.

“On this mission, with two spacecraft, everything had to go perfectly twice,” Zuber says, adding proudly: “Imagine you’re a parent raising a twins, and your children sit down at the piano and play a duet perfectly. That’s how it feels.”