Swiss physicists have developed a new model to chart the early development of the Universe in better detail than ever before.

by Dragos Mitrica
in Astrophysics, News, Physics
A A

Swiss physicists have developed a new model to chart the early development of the Universe in better detail than ever before. Their code incorporates Einstein’s theory of general relativity as well as the existence of gravitational waves – which were just confirmed last week. 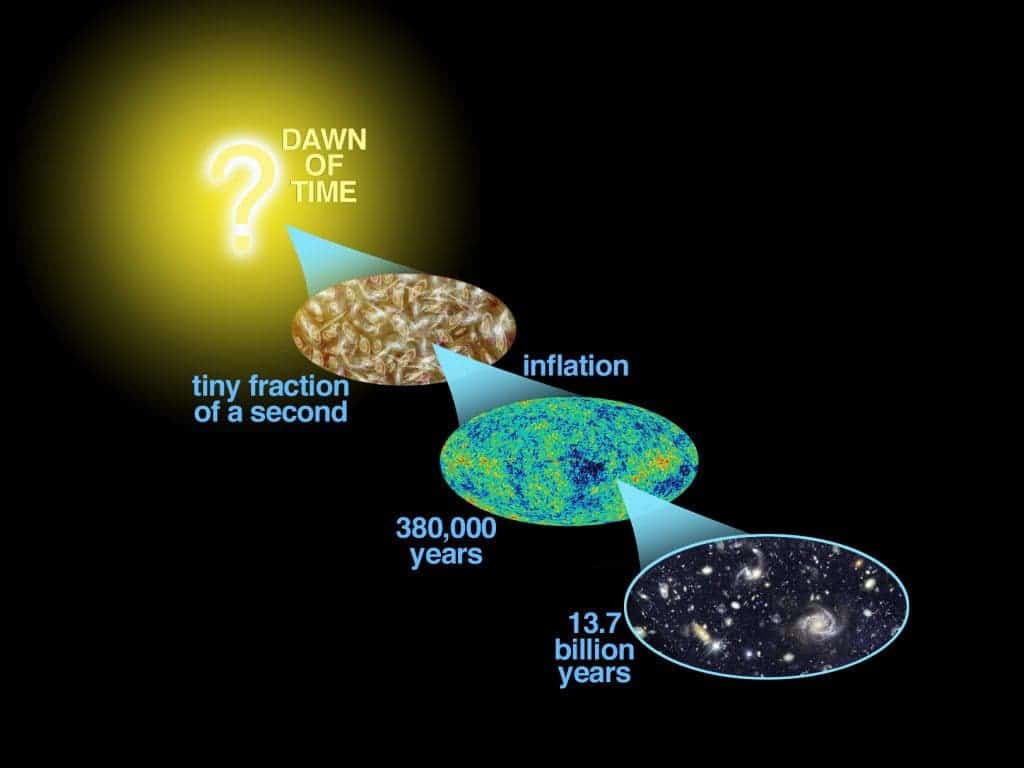 The Big Bang theory is the prevailing cosmological model for the universe from the earliest known periods. The model postulates that the universe expanded from a very high density and high temperature state, and it confirms and explains a series of observed phenomena – in other words, the observed data confirms the theory. But the timeline and early development universe still remains an area of hot debate, and this model could step in to answer some questions.

In the first phase, the very earliest universe was so hot, or energetic, that initially no matter particles existed or could exist perhaps only fleetingly. According to prevailing scientific theories, at this time the distinct forces we see around us today were joined in one unified force. The fact that we can even attempt to study, let alone model this early development is simply mind-blowing. The model is more accurate than all its predecessors, its creators say. It uses Einstein’s general relativity instead of Newton’s laws.

“This process is mainly governed by gravity, which is the dominant force on large scales,” the paper writes. “At present, a century after the formulation of general relativity, numerical codes for structure formation still employ Newton’s law of gravitation.”

The team from the University of Geneva analysed a cubic portion in space, consisting of 60 billion zones, each containing a particle (a portion of a galaxy). They modeled how all these particles move in relation to each other, plugging in data from Einstein’s equations, and using the UNIGE LATfield2 library.

“This conceptually clean approach is very general and can be applied to various settings where the Newtonian approximation fails or becomes inaccurate, ranging from simulations of models with dynamical dark energy or warm/hot dark matter to core collapse supernova explosions,” explains the new paper,published in the journal Nature Physics.

Their results are significant in more than one way. Directly, it puts a tangible size on the early universe, estimating the size of different early clusters. But on the other hand, this code will be made publicly available, so it could prove even more useful for people studying particular cosmological aspects – such as dark energy, which is estimated to make up 70% of the known universe. The code will also enable physicists to test the general theory of relativity on an unprecedented scale.

We’re zooming in to the birth of the Universe