by Mihai Andrei
in Astrophysics

Physicists have successfully reproduced a pattern resembling the cosmic microwave background radiation in an experiment which used ultracold cesium atoms in a vacuum chamber. This is the first experiment which recreates at least some of the conditions from the Big Bang.

“This is the first time an experiment like this has simulated the evolution of structure in the early universe,” said Cheng Chin, professor in physics. Chin and his associates reported their feat in the Aug. 1 edition of Science Express, and it will appear soon in the print edition of Science. 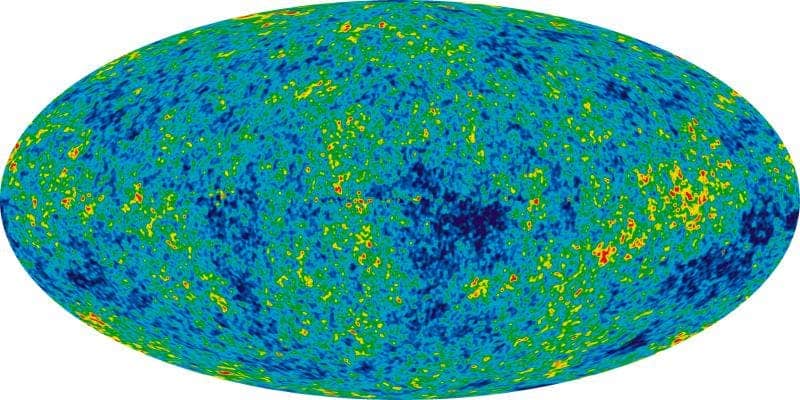 The cosmic microwave background radiation (CMB or CMBR) is basically the thermal radiation left over from the Big Bang. It is very interesting for astrophyicists because it apparently exhibits a large degree of uniformity throughout the entire universe (it has more or less the same values everywhere you look for it). If you analyze the “void” between stars and even galaxies with a sufficiently sensitive radio telescope, you’ll see a faint background glow, almost exactly the same in all directions, that is not associated with … anything. The glow has the most energy in the microwave spectrum. Its rather serendipitous discovery took place in 1964, and it earned its finders a Nobel prize in 1978.

You can think of this radiation as the echo of the Big Bang – by studying it, we get a somewhat clear idea how the Universe looked some 380,000 years following its ‘birth’ – incredibly early; it doesn’t go much before or after, it’s basically a snapshot of the past. But as it turns out, under certain conditions, a cloud of atoms chilled to a billionth of a degree above absolute zero in a vacuum chamber displays phenomena similar to those which followed the big bang.

“At this ultracold temperature, atoms get excited collectively. They act as if they are sound waves in air,” he said.

This neatly correlates with what cosmologists speculated:

“Inflation set out the initial conditions for the early universe to create similar sound waves in the cosmic fluid formed by matter and radiation,” Hung said. 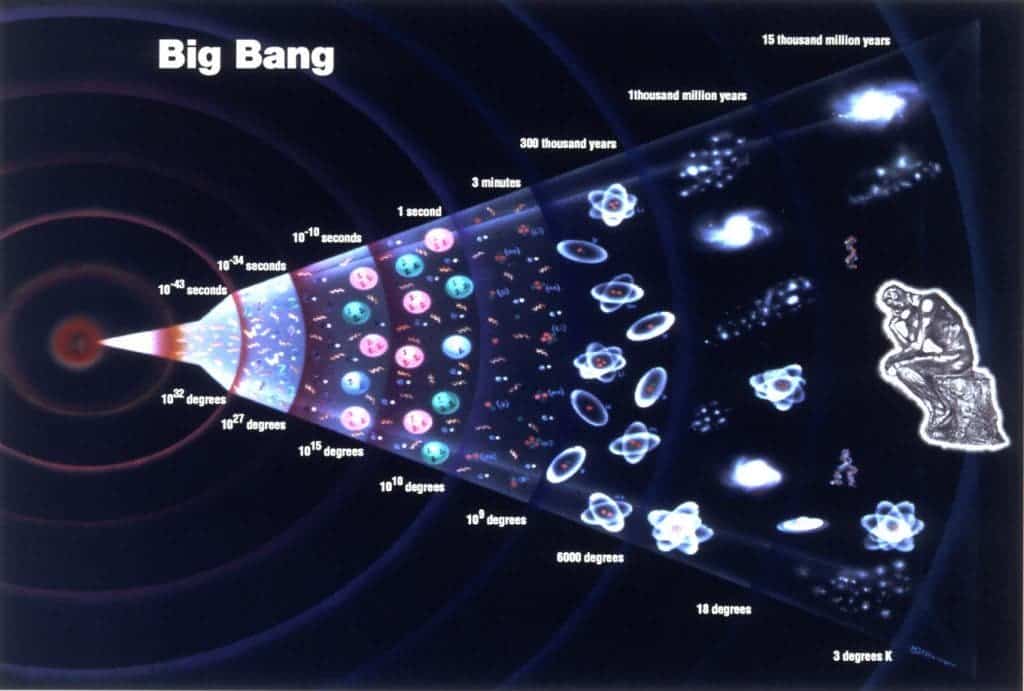 The tiny universe which was simulated in Chin’s laboratory measured no more than 70 microns across (about as big as a human hair) – but the physics is the same regardless of the size of your universe.

“It turns out the same kind of physics can happen on vastly different length scales,” Chin explained. “That’s the power of physics.”

But there is an important difference – and one that works greatly to our advantage:

“It took the whole universe about 380,000 years to evolve into the CMB spectrum we’re looking at now,” Chin said. But the physicists were able to reproduce much the same pattern in approximately 10 milliseconds in their experiment. “That suggests why the simulation based on cold atoms can be a powerful tool,” Chin said.

If you want, you can think of the Big Bang in oversimplified terms as an explosion which made a big BOOM! These sound waves began interfering with each other creating complicated patterns – the so-called Sakharov acoustic oscillations.

“That’s the origin of complexity we see in the universe,” he said.

This is indeed a powerful tool to find out more about our infant universe, but this is just the first step. Chin and his team plan to move on to use these Sakharov oscillations to study the property of this two-dimensional superfluid at different initial conditions, then cross check their results with what is observed by cosmologists. They will use the same type of experiment but branch out to other fields of cosmology, including the formation of galaxies and even black hole dynamics.

“We can potentially use atoms to simulate and better understand many interesting phenomena in nature,” Chin said. “Atoms to us can be anything you want them to be.”

Interestingly enough, nobody on this team was a cosmologist.