by Mihai Andrei
in Astrophysics, Remote sensing, Space, Telescopes
Reading Time: 3 mins read
A A
Share on FacebookShare on TwitterSubmit to Reddit

The first galaxies formed very fast after the Big Bang – in cosmic time, that is. It’s estimated that the earliest ones appeared some 500 million years after the Big Bang, a period about which researchers know very little.

How they observed it

Even though they are typically very bright, such galaxies are quite hard to observe because they are very far away and only a small fraction of their light can make its way towards Earth, a fraction so small it’s almost impossible to pick up. However, the Hubble telescope managed to detect light from a small galaxy emitted just 500 million years post-Big Bang, a period when the Universe was still in its infancy.

The telescope was able to do this thanks to a phenomena called gravitational lensing: basically, when you have an observe (Hubble), a distant source (the galaxy) and a certain distribution of matter (a galaxy cluster for example), the light emitted by the source can be bent and the observer can observe it easier; gravitational lensing is one of the predictions involved by Einstein‘s general theory of relativity. Basically, the massive gravity of the galaxy cluster acts just like a lens.

In this case, astronomer Wei Zheng and colleagues using the Hubble and Spitzer Space Telescopes reported light was magnified 15 times, making it just strong enough to be observed. Even so, the galaxy MACS 1149-JD appeared as a mere blob, and only after repeated measurements were they able to conclude that it is most likely a galaxy.

How they know its age 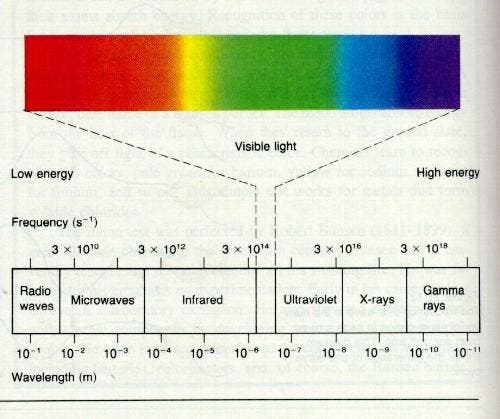 The Universe is expanding; galaxies produce light with specific spectral properties, based on the stars and gas they contain. Combine these two facts, and you can understand that light emitted by early galaxies was stretched shifting the entire spectrum into a different wavelength range, a phenomenon called cosmic redshift. All electromagnetic types of radiation (light included) have an electromagnetic spectrum – the range of all possible frequencies of electromagnetic radiation. Cosmic redshift means light seen coming from an object that is moving away is proportionally increased in wavelength, or shifted to the red end of the spectrum.

So, using multiple measurements from the Spitzer and Hubble telescope, they estimated that the light was emitted 490-505 million years after the Big Bang. But their conclusions are perhaps even more interesting. Instead of suggesting MACS 1149-JD is a special snowflake, astronomers believe there are many more such galaxies, formed in the same era, the ‘first’ era, just waiting to be discovered.

Scientific article was published in Nature