It’s been pretty quiet lately at the LHC, despite the fact that things seemed to be getting pretty hot, as the elusive Higgs boson appeared to be cornered. However, CERN cracked up the volume, announcing they achieved a record collision energy of 8 TeV. 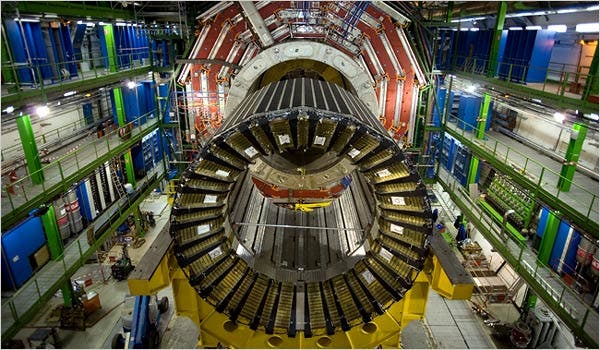 The Large Hadron Collider is the world’s largest and highest energy particle accelerator, built by the European Organization for Nuclear Research (CERN). Through it, particle physicists hope to answer some of the most challenging questions in science, finding the fundamental laws which govern our world – particularly the Higgs boson, the particle which lies at the base of the Standard Model. The Standard Model is a theory concerning the electromagnetic, weak, and strong nuclear interactions, which practically seeks to explain how particles interact with each other at the most basic levels. Finding the Higgs boson will prove it, showing that it doesn’t exist will disprove it – either way, it will be a tremendous leap for particle physics and science overall.

In order to do this, they accelerate particles more and more until they reach dazzling energies of up to a few TeV (Terra-electron Volts). By definition, an electron Volt is the amount of energy gained by the charge of a single electron moved across an electric potential difference of one volt – and a few TeVs is a lot.

“The experience of two good years of running at 3.5 TeV per beam [7 per collision] gave us the confidence to increase the energy for this year without any significant risk to the machine,says CERN’s director for accelerators and technology, Steve Myers. “Now it’s over to the experiments to make the best of the increased discovery potential we’re delivering them!” 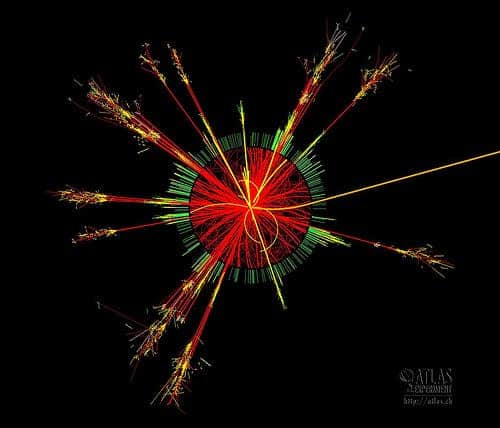 While it may not be a huge growth, it will almost certainly be enough to take the LHC up to a level where certain particles would be produced much more copiously, including those predicted by supersymmetry. This is extremely exciting news, especially after last year, CERN produced what can only be described as ‘tantalizing hints’ of the Higgs boson, which would show why everything in the universe has mass.

The new, higher levels of energy, will increase the chances of producing such particles, if they exist, but it will also increase the amount of background noise, so the researchers need to run tests at these energies until the rest of the year to get a clear enough picture of what is really happening. But that being said, the LHC is truly beginning to unlock its full potential, and this year promises to be just fantastic for physics.

“The increase in energy is all about maximising the discovery potential of the LHC,” says CERN research director Sergio Bertolucci. “And in that respect, 2012 looks set to be a vintage year for particle physics.”

Their ultimate goal is to get to 7 TeV per beam, which will probably happen some time at the end of 2014.