by Mihai Andrei
in Geology, Physics
Reading Time: 3 mins read
A A
Share on FacebookShare on TwitterSubmit to Reddit

An 8.6-magnitude earthquake and powerful aftershocks struck the coast of Indonesia today, resurrecting fears of a big tsunami like the one responsible for one of the biggest modern disasters ever. However, this earthquake, which struck at 2:38 p.m. local time (4:38 a.m. ET), about 270 miles (435 kilometers) off the coast of the Indonesian island was drastically different than the 9.1 earthquake that hit Indonesia in 2004.

Strike slip, subduction, and the earthquake in Indonesia 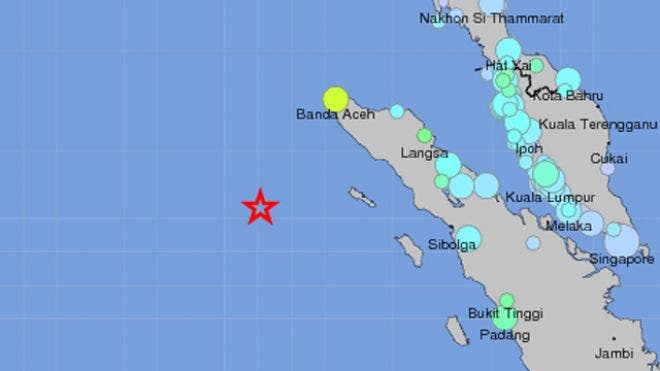 Earthquakes come in different sizes and “flavors”. The can occur as a result of subduction zones, when one tectonic plate is moving beneath another one, causing a massive amount of friction and stress, they can be strike-slip earthquakes – when plates are moving laterally one in respect to the other, or they can occur even due to mineral phase changes in the depths of the Earth. While the one in 2004 was a subduction, this one was a strike-slip earthquake, and typically, these kind of events aren’t associated with big tsunami risks.

“With a strike-slip event you don’t have the same potential hazard for a tsunami as you do with a subduction event because the plates are moving adjacent to each other,” said Julie Dutton, a geophysicist with the U.S. Geological Survey (USGS).

The earthquake was followed by an 8.2-magnitude aftershock hit at 6:43 a.m. ET, the USGS said, raising the tsunami alerts, but as I already said, it’s usually subduction earthquakes that are associated with major tsunamis. This happens because when one tectonic plate is diving beneath another, a huge portion of the seafloor is shoved beneath, and that displacement of sea floor also displaces ocean water. Basically, the more seafloor you shove beneath the other plate, the bigger tsunami you get. At a strike slip earthquake, faults in the crust essentially moved from side to side instead of up and down, and as a result, the largest tsunami recorded was smaller than 2 meters, so all alerts have been lowered.

An estimation of the damage caused by the earthquake is still not available, but we’ll keep you posted on the developments as they occur.