Scientists who observed an underwater eruption in 2009 concluded they observed a tear in the planetary crust that mimicks the birth of a subduction zone.

Subduction takes place at convergent tectonic plate boundaries; basically, one plate slides below the other – an extremely complicated and complex process that drives along a series of other processes, including continental drift.

The researchers in case published their conclusions in Nature, depicting the collection of boninite, an extremely rare and distinct kind of lava that can only be found in subduction areas; even when it is found in these areas, it is collected from volcanoes dead of over a million years – so this find is extremely important and unique. To put it simply, nobody has ever before collected fresh boninite, nor observed its eruption. 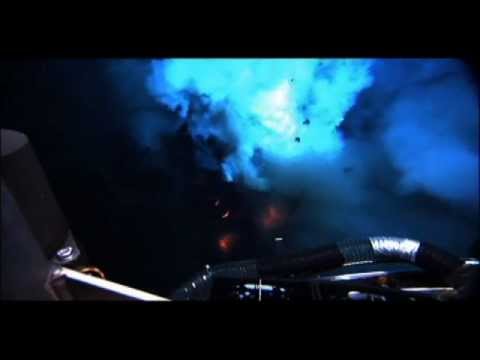 “Everything about the eruption itself – how fast, how intense, the ratio of lava to explosive fragments, the amount and composition of gas released – is new to us,” said co-author Kenneth Rubin, University of Hawaii geologist. “Plus, having a young, fresh occurrence of this very rare rock type to study gives us the opportunity to examine subtle chemical and mineralogical variations in a pristine specimen.”

The researchers writing in Nature Geoscience believe, and for good reason, that the reason why the eruption was so explosive is the combination of water, carbon dioxide and sulphur dioxide. They are also interested in returning to the site once more, and study it even further.
Source: Planetsave