Radioactivity is still persisting in the ocean waters near the Fukushima nuclear plant, despite researchers expectation to drop. 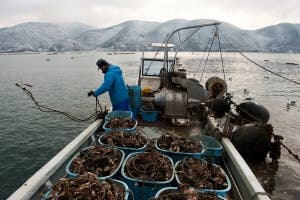 Researchers published new data showing that radioactivity levels near the plant remain stable, instead of falling as expected; they believe this is mostly caused by run-off from the river and continued leaks from the plant. The levels are not big enough to cause significant human worries, but it is likely to cause damage to the local ecosystem, posing a long term economic threat to the area. 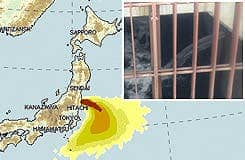 The Fukushima contamination was the result of one of the biggest earthquakes ever recorded, the 9.1 event that struck Japan and caused a huge tsunami. After the spill, most of the radiation dispersed into the ocean, until it reached extremely low levels which basically pose no threat. However, the surrounding area remained radioactive.

But nobody was expecting the levels to remain at these levels.

“There must be a source,” says Scott Fowler, an oceanographer at Stony Brook University in New York.

A new model created by oceanographer Jota Kanda at the Tokyo University of Marine Science and Technology suggest that not one, but three sources are causing this remanent radioactivity. The first is radioactivity from the land is being washed by rainfall into rivers, which carry it to the sea; second, the plant itself continuously leaks.

But the third source is the most important, he says. Marine sediments, he explains, are responsible for over 90 percent of the continuous contamination. Analysis showed a large quantity of radioactive caesium in sandy ocean floor near the plant. It may be that the sediment itself absorbed the caesium, or perhaps microorganisms such as plankton fed on it, and then excreted it to the bottom of the ocean.

Whether originating from plankton or sediment, the contamination is finding its way into the food chain. Bottom dwelling fish show levels above the level considered ‘safe’; other species are only sometimes contaminated, while squid and octopuses are contamination free. The implications are extremely serious for the fishing industries, who estimate a loss of about $2 billion.