by Mihai Andrei
in Oceanography
Reading Time: 5 mins read
A A
Share on FacebookShare on TwitterSubmit to Reddit

Ken Buesseler studies marine radioactivity. He uses radioactive elements such as thorium that are naturally occurring in the ocean as a technique to study the ocean’s carbon cycle, as well as fallout from atmospheric nuclear weapons testing and recently, the sources of radionuclides from Fukushima Dai-ichi in 2011. Following the 2011 earthquake in Japan and the subsequent tsunami, the Fukushima Dai-ichi nuclear power plant was severely affected, with massive quantities of radioactive material spilling into the oceans. 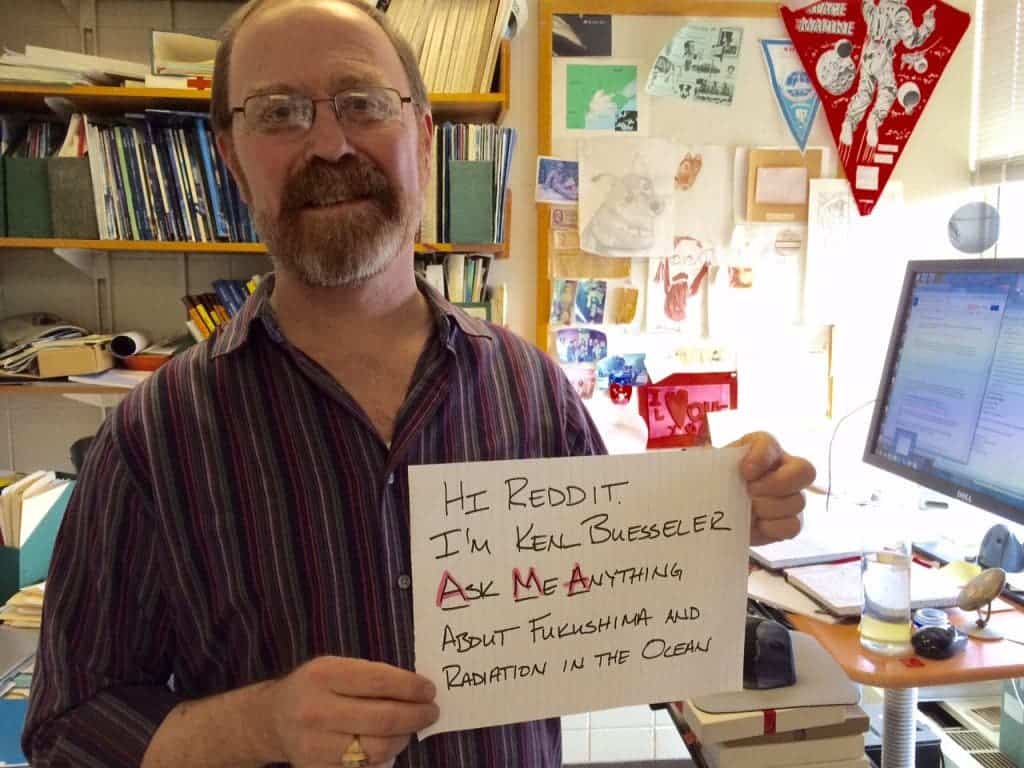 Buesseler took the time to answer some questions on Reddit as part of an AMA (Ask Me Anything). Here are some of his most interesting insights, you can read all of it here.

What is the estimated scale of radiation released into the ocean, from Fukushima, in terminology, or comparison, a layman might understand?

Total levels and scales vary depending upon the mix of contaminants, but if we pick just one, cesium-137, there was about 10 times more cesium-137 released during nuclear testing globally, than Chernobyl. And for cesium-137, Chernobyl was 2-5 times greater than Fukushima, but then again most of the Chernobyl fallout fell on land, not in the ocean.

Can you give any insight on how long it took for the ocean to return to normal after the atomic tests, and perhaps compare it to the Fukushima leak?

In the 1960, immediately after the end of testing on the Pacific atolls, the concentration of radioactive cesium in the Pacific off the coast of Japan was about 50 Becquerels per cubic meter (Bq/m3) and 10 Bq/m3 off California. By 2011 immediately before the earthquake and tsunami, that had fallen throughout the Pacific to about 2 Bq/m3 as a result of radioactive decay. Today, the highest we have seen off the coast of North America is 6 Bq/m3. Off the coast of Japan after the accident, (aside from the extremely high levels detected at the source of release from the reactors) we recorded a high of 4,500 Bq/m3. You can see more about pre-Fukushima levels worldwide here: 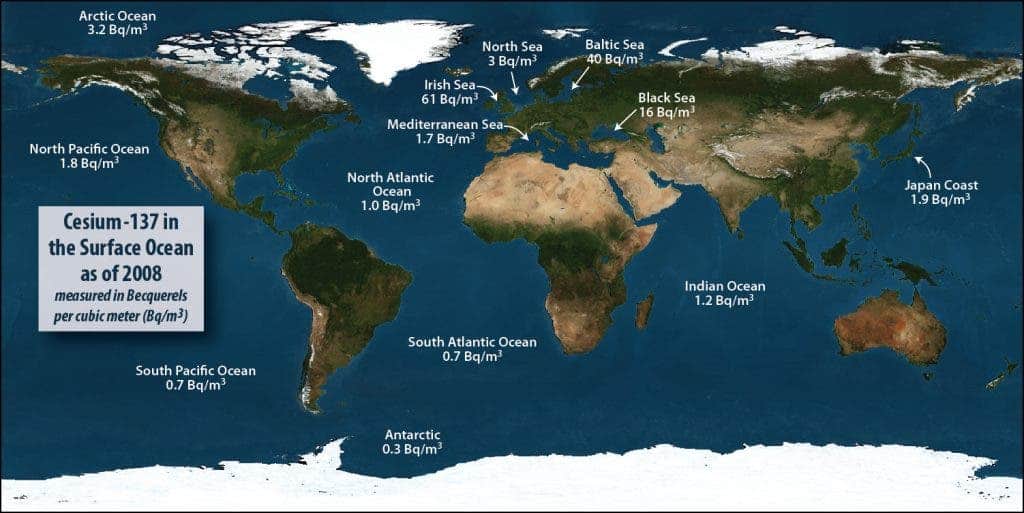 Living in San Francisco during and the the years after Fukushima, I heard about people taking iodine tablets as a precautionary measure against radiation poisoning. Was I right in ignoring this as an overreaction since Japan is half a world away?

The California Coastal Commission had a report in 2014, that if you were in California in 2011 and drank tap water at the highest levels found and breathed in the air at its peak level- both for an entire year- your dose or net health impact would be about 5 micro Sieverts or about the same exposure as a single dental X ray. This is not zero, but a very low dose indeed. And no need to be taking iodine tablets, though remember at that time it was less certain what was going on and if it was going to get worse

I live in Osaka, Japan. How safe would you say is the seafood caught off the coast of western Honshu?

Off Japan today, except for those in the vicinity of the reactors, seafood and other products taken from the Pacific are currently below strict limits set by the Japanese for human consumption. Tens of thousands of fish have been and are being tested off Japan. If fish are found above the limits, commercial fishing remains closed. In 2011 about half the fish caught near Fukushima were above Japan’s limit (100 Bq/kg). In 2014 that had dropped to 1%. BTW, none of the fish caught on “our side” of the Pacific have been found to be above any of the limits set by Japan or higher limits in US/Canada.

What was the most unexpected things about your findings?

Sampling off Japan in 2011, we were more worried about hitting debris and harming our research vessel, than the levels of radioactivity which we were measuring with hand held devices as we sampled.
Another thing, maybe not unexpected but disappointing is the fact that no US Federal agency takes responsibility for ocean radioactivity studies

I teach middle school science. What is one major misconception about oceanic radioactivity that I (and the Internet) should clear up immediately?

The danger is in the dose, so while we should be concerned about any level of exposure to radioactivity, there is a huge difference in the levels, in this case in cesium from Fukushima, which ranged from 2 to 50 million in the units we use. That is like the difference in the temperature on earth and the temperature on the center of the sun. There’s already radioactive forms of cesium in the ocean. So it is a good question how much more radioactive cesium did Fukushima add, but we need to be aware that since the testing of atomic weapons there are many radionuclides we can measure in the ocean and on land.

Different radionuclides do not behave the same in all marine organisms, just as for other non-radioactive contaminants. For example cesium, which behaves like a salt, will accumulate in fish by a factor of 50 to 100 times the levels in water, but as a salt, it will also flush out of organisms quickly, about half in 2 months, through normal bodily functions and therefore does not bioaccumulate at higher levels. Strontium however behaves more similarly to calcium in humans and animals and is taken up and concentrated in bones where it remains with a biological half life of a couple years.
Think of it this way. If a cesium-137 contaminated fish were to be canned, it would take 30 years (the radiological half-life) for 50% of the cesium-137 to disappear. In contrast, if that same fish were to swim to cleaner waters, it would lose 50% of its radioactive cesium burden in just two months.