Japan engineers concede they might have to bury nuclear plant 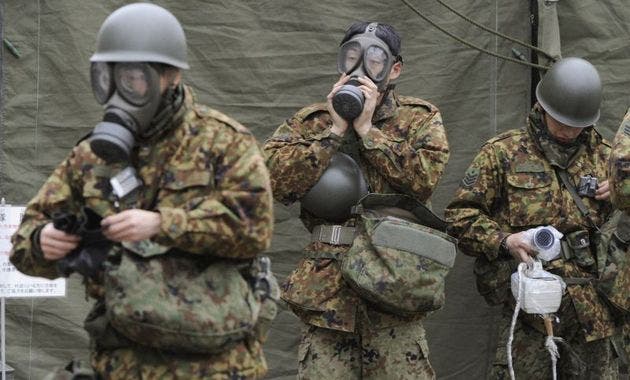 As the nuclear situation at the Fukushima power plant continues to deteriorate, engineers start to ponder drastic options more and more seriously; it seems that the method which seems to have te best chances to work is the same one that was user in Chernobyl in 1986.

It is the first time operation leaders are admitting that burying the 40 year old complex is a serious option, as pumping water and droping it from helicopters seems to not work so well. However, even in this situation they still have to find a way to cool them down, which is more than complicated at the moment.

“It is not impossible to encase the reactors in concrete. But our priority right now is to try and cool them down first,” an official from the plant operator, Tokyo Electric Power Co, told a news

As Japan entered the second week after the 9.0 earthquake that generated tsunamis of over 10 meters, it’s worst crisis since WWII is far from being over. Already, 6.500 have officially been declared dead, with another 10.000 reported missing, and hopes are dropping with each passing day. Almost 400.000 people are homeless and battling near freezing temperatures, and the government also didn’t respond at its maximum capacity.

“An unprecedented huge earthquake and huge tsunami hit Japan. As a result, things that had not been anticipated in terms of the general disaster response took place,” Chief Cabinet Secretary Yukio Edano told a news conference.

Japan also raised the nuclear crisis rating from 4 to 5 out of a maximum of 7, but most experts claim the situation is even more dangerous.