Could life exist in a different Universe than ours ? 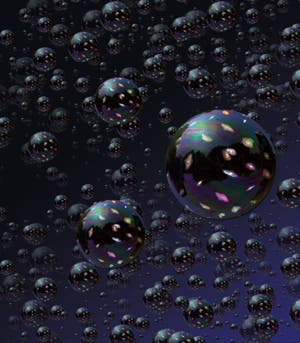 Whether intelligent life exists in our universe is a long debated problem. But for some scientists, there’s something even more interesting than that: is there life in another universe? A definite answer is impossible, especially since it’s not even clear if such a universe exists, though researchers have speculated such an existence for more than a decade.

However, if such a universe did exist, it would have fundamentally diferent physical laws. Scientists from the MIT showed that this different type of Universe could have chemical elements similar to carbon, nitrogen and oxygen, therefore life forms can evolve quite similar to ours. In their latest work, physics professor Robert Jaffe, former MIT postdoc, Alejandro Jenkins, and recent MIT graduate Itamar Kimchi went further and showed that life can evolve even if the masses of the elementary particles are drastically altered.

“You could change them by significant amounts without eliminating the possibility of organic chemistry in the universe,” says Jenkins.

A modern cosmology theory claims that our universe is just one in a huge number of universes, called multiverse. It’s also theoretized that new universes (called pocket universes) are “born” constantly, but we can’t see them. I have to admit, the whole idea makes my head spin, but it does make sense to me, though I lack the physics knowledge to make a pertinent opinion.

You can get the full article and additional explanations HERE. It’s really exciting to read things like this, but I’m guessing it’s more important to focus on finding life in our universe.