by Mihai Andrei
in Physics, Space
Reading Time: 2 mins read
A A 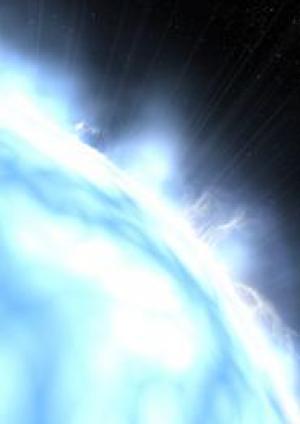 We have another piece of evidence which goes to show that we fail to understand numerous things about our universe. Astronomers have discovered white dwarf stars with pure carbon atmospheres. It is something that probably nobody would have believed.

The exact way these stars evolved is still pretty much a mystery for astrophysicists. They believe that this kind of stars evolved from stars which are not quite massive enough to explode as supernovae but are just on the borderline. Here is how the sequence is. Think of a star as a fire. It burns out helium and leaves “ashes” of carbon and oxygen. So when the fuel is no more the star dies as a white dwarf. They are very dense as they have the mass of about a star and the volume of about our planet.

The scientists believe that a white dwarf has a core made of carbon and oxygen which is hidden from view by a surrounding atmosphere of hydrogen or helium. But they were baffled to find out that these stars have carbon atmospheres.

“We’ve found stars with no detectable traces of helium and hydrogen in their atmospheres,” said University of Arizona Steward Observatory astronomer Patrick Dufour. “We might actually be observing directly a bare stellar core. We possibly have a window on what used to be the star’s nuclear furnace and are seeing the ashes of the nuclear reaction that once took place.”. “When I first started modeling the atmospheres of these hotter DQ stars, my first thought was that these are helium-rich stars with traces of carbon, just like the cooler ones,” Dufour said. “But as I started analyzing the stars with the higher temperature model, I realized that even if I increased the carbon abundance, the model still didn’t agree with the SDSS data,” he added.