The deadliest creature in the world

by Mihai Andrei
in Environment, Oceanography, Other 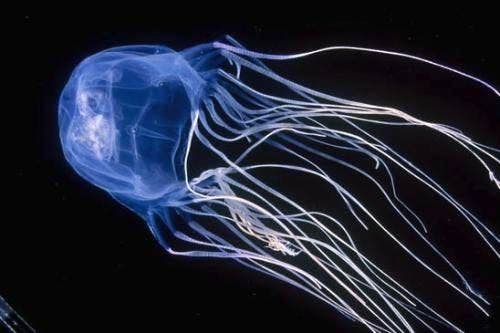 Specialists use the term ‘deadliest’ when they refer to venomous creatures, that produce toxins that can be harmful or deadly to other animals or humans. When they make this ‘top’, they take into consideration two things:
– how many people can an ounce of the venom kill; and
– how long does it take to die from that venom.

For both of those things, the undisputed winner and (as far as we know) all time record holder is the sea wasp. Don’t let the name fool you, because the sea wasp is actually a jellyfish (we’ve been having a lot of those lately); on each tentacle, they have about 500.000 nematocytes. Nematocytes are basically needles that inject venom in everybody that happens to tocuh them. 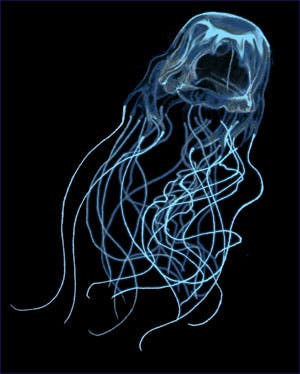 They actively hunt their prey and they’re quite fast swimmers for jellyfish (5 mph), but are not aggressive and they try to avoid humans. What’s interesting is that turtles are not affected by their venom and actually eat these jellyfish (nature sure has its ways). 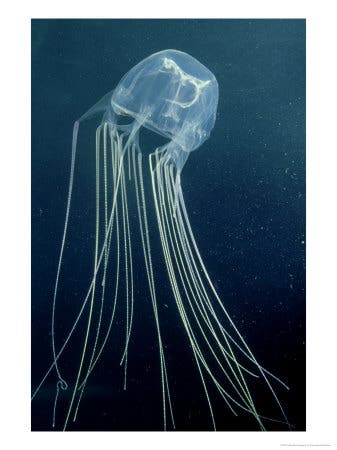 If (and we hope not) you would get stung by such a jellyfish, a bottle of vinegar and a first aid kit may very well save your life. Here’s how it goes: pour vinegar over the stung areas. The pain is almost unbearable and vinegar won’t help with that, but it will render the nematocysts that haven’t ‘fired’ harmless. If you attempt to remove the tentacles, it’s very possible to activate them and do even more damage. It’s quite safe to say that vinegar has saved dozens of lives, especially on the Australian beaches.