Fish that communicate by getting red

by Mihai Andrei
in Biology, Environment, Oceanography
A A 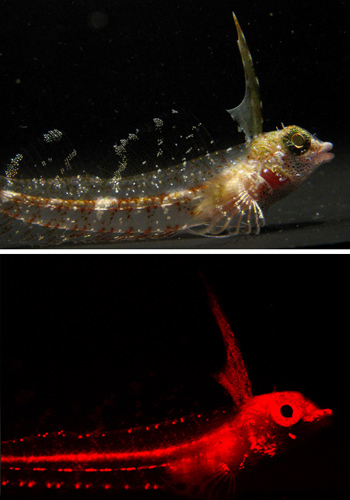 Most fish can’t even recognize the color red – let alone use it for some precise purpose. However, the exception here are some deep sea fish, yet Enneapterygius pusillus found a really interesting way of communicating. It literally glows in a deep red color, signaling different forms of intent.

According to a study conducted in 2008 in September, at least 32 species of reef fish that live lower than 10 meters below sea level can use this method of communicating. This baffled scientists, as they believed red had no real importance for fish, as it has a longer wavelength, and fish are generally better at detecting colors with a shorter wavelength, such as blue or green. 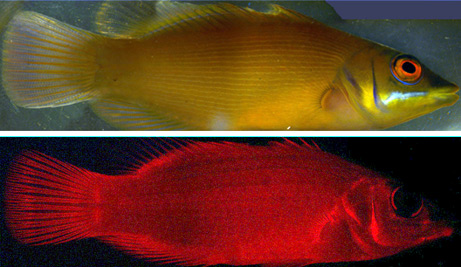 “Marine fish are generally assumed not to see or use red light, with the exception of some deep-sea fish,” lead researcher Nico Michiels of the University of Tuebingen in Germany said in an email. “Our discovery shows that there is a lot of red fluorescence that is very indicative of an active role of red in fish communication.”

The reason why they do this is still not clear, but it could have something to do with the fact that glowing red requires less energy than glowing blue or green, because red is much more power efficient than blue. Fluorescence appears when light is absorbed at a certain wavelength, and then sent back at a different one almost instantly.