Dolphins call each other, not by name, but by whistle

by Mihai Andrei
in Biology, Environment, Oceanography
Reading Time: 4 mins read
A A
Share on FacebookShare on TwitterSubmit to Reddit

Every bottlenose dolphin makes its own distinctive sound, a high-pitched “eeee” through which they announce their presence. However, dolphins are also great at mimicking sounds, being able to copy even intricate computer generated sounds; this made researchers curious to see if dolphins can in fact mimic each other’s sound, and how they use this ability (it’s known that dolphins like to hang out in cliques and gossip about each other). They were surprised to see not only that they can easily mimic these specific sounds, but that they name each other after their individual “eeee”. 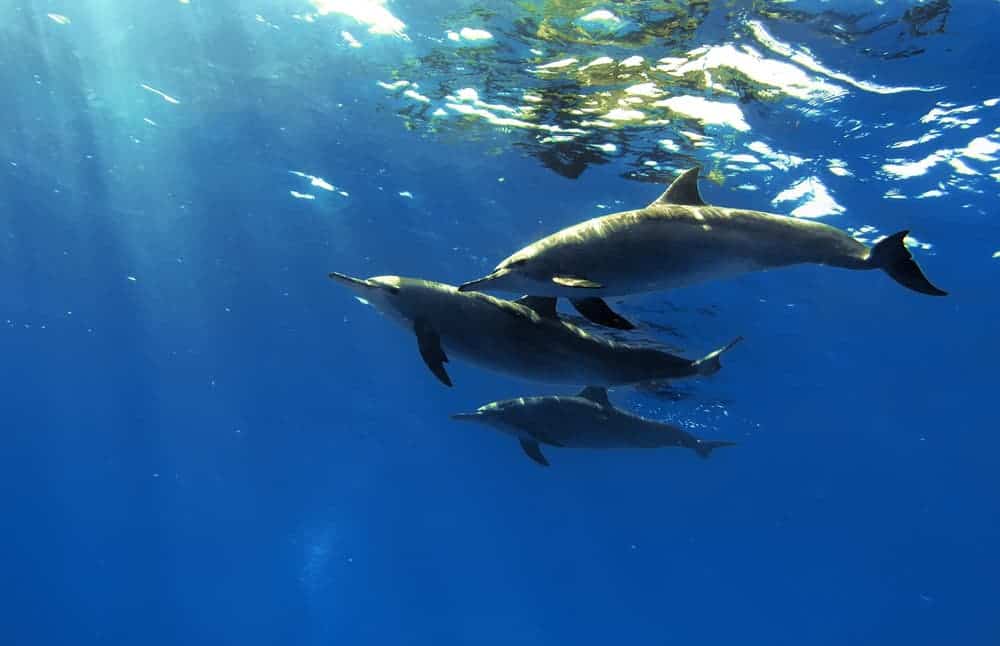 “It’s a wonderful study, really solid,” says Peter Tyack, a marine mammal biologist at the University of St. Andrews in the United Kingdom who was not involved in this project. “Having the ability to learn another individual’s name is … not what most animals do. Monkeys have food calls and calls that identify predators, but these are inherited, not learned sounds.” The new work “opens the door to understanding the importance of naming.”

Previous studies already raised some questions on this issue; esearchers have shown that infant dolphins learn their individual whistles from their mothers. In 1986, a paper by Tyack did show that a pair of captive male dolphins imitated each others’ whistles, and in 2000, Vincent Janik, who is also at St. Andrews, recorded 10 dolphins calling each other using distinctive sounds.

“But without more animals, you couldn’t draw a conclusion about what was going on,” says Richard Connor, a cetacean biologist at the University of Massachusetts, Dartmouth.

The question remained – why would a dolphin immitate another dolphin’s sound? 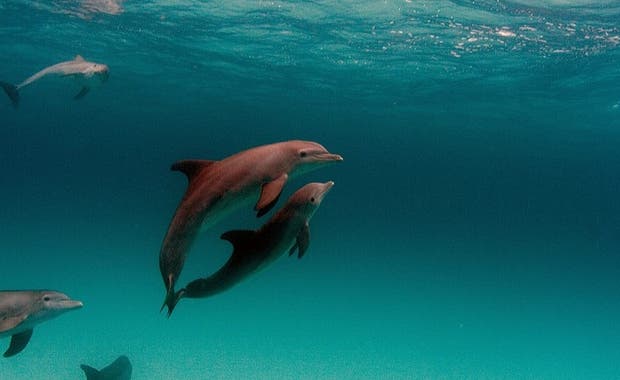 The logistic and technological conditions required for this kind of study are pretty difficult. Dolphins produce their sounds underwater (doh!), often in murky conditions, making it hard for researchers to figure out which dolphin made the call. To take care of this problem, Stephanie King, a marine biologist also at the University of St. Andrews, and her colleagues analyzed the acoustic recordings of dolphin signature whistles that scientists with the Sarasota Dolphin Research Program made of more than 250 wild bottlenose dolphins briefly captured between 1984 and 2009 in Sarasota Bay, Florida.

The Sarasota research program captured dolphins and kept them captive for 108 minutes (on average). During this time, dolphins could not see, but could hear each other, and they whistled at high rates – 5.3 calls per minute, on average. Interestingly enough, they often make the calls in the wild as well – it’s one of the most common sounds they make.

They identified whistle-matching in 10 of the 179 dolphins recorded in the Sarasota study, and one of the captive pairs. Interestingly enough, males in two pairs had copied each other’s whistles, as had eight mother-and-calf pairs, the team reports today in the Proceedings of the Royal Society B. Other dolphins did this too, quickly copying the other’s whistle within 1 second of hearing it. Those dolphins that copied whistles also only imitated the call of their closest social partner. The conclusions seem pretty obvious.

“It means they were calling a specific individual,” King says. “They produce the copies when they are separated, which we think shows that they want to reunite with a particular individual.” It’s what we do if we get separated from our friends at a fair or the mall, she adds. “You don’t call out your name; you call the name of your friend. That’s how you get back together.”

Indeed, the most interesting thing is that dolphins don’t just copy sounds from random individuals, they are very selective on who they use this on.

“There’s been some evidence before that dolphins are imitating each other’s whistles,” Connor says. “But this is the first really convincing paper. It’s very exciting.” “It is fabulous,” adds Karl Berg, an ornithologist at the University of California, Berkeley, who specializes in parrot calls. He notes that dolphin results are “strikingly similar to recent work on parrots,” which also imitate each other’s vocalizations, sometimes as a way of negotiating foraging or roosting decisions.

This is once again the kind of study which just makes you wonder just how “human” dolphins really are, and how much we still have to find out about them.