Dolphins are absolutely amazing creatures, smarter beyond whatever you might think, and with a heart of gold. But now, researchers have shown that aside from these qualities, the common Guiana dolphins have yet another remarkable ability: the power to sense electric fields. 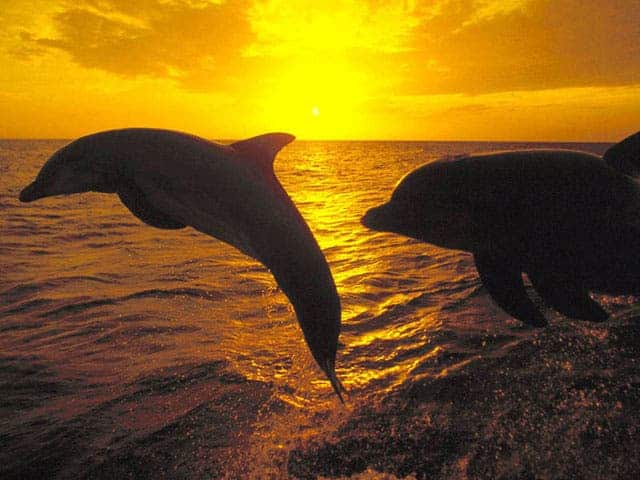 The dolphin carries its baby just as any other placental mammal does, and this unusual sense probably comes in handy when preying in the murky coastal water where it lives.

“Most of the animals which do this do this to find prey,” said study researcher Wolf Hanke, of Rostock University in Rostock, Germany. “All of the dolphins’ prey items, like crayfish, all of them generate electric fields to some degree.”

Researchers analyzed a Guiana dolphin that had died of natural causes at the Dolphinariumin Münster, Germany. They focused on specialized pores called vibrissal crypts, which are basically the house of the whiskers. But since the dolphins evolved out of their whiskers, now they only have the remaining pores. They found that the 2-10 pores are surrounded by numerous nerve endings, and they are also filled with a special matrix of proteins and cells.

In order to see if an electrical current could be detected in any way by the dolphins, scientists tested these pores, and the results were successful, concluding that even 5 microvolts per centimeter could be detected; basically, they are sensitive enough to detect the electrical signature of a fish.

No other mammal has developed this truly extraordinary ability aside for an order that lays eggs, named monotremes, that include the platypus. It is possible however that there are other animals out there with this skill.

“I think it’s possible, it’s likely, because there are some dolphins, like the bottlenose, that have little pits on its snout, too. They are smaller, but it’s not unlikely that this one or other ones would develop it too,” Hanke said.

However, unlike most mammals, dolphins had a very good reason to evolve this way; in the murky waters where they live, visibility is often drastically reduced, so being able to electrically sense other animals could make all the difference.