by Tibi Puiu
in Biology, Studies
Reading Time: 3 mins read
A A
Share on FacebookShare on TwitterSubmit to Reddit

In an extremely exciting find, scientists at Aarhus University in Denmark found a  type of bacteria that creates electrical currents on the sea floor. Despite the lack of air or sun light, these tiny bacteria flourish and form vast swaths of electrically pulsating multi-cellular organisms. The researchers found that the bacteria breaks down substances in deeper sediments and releases life important compounds in the process, suggesting that it might play a crucial role in the deep sea ecosystem. 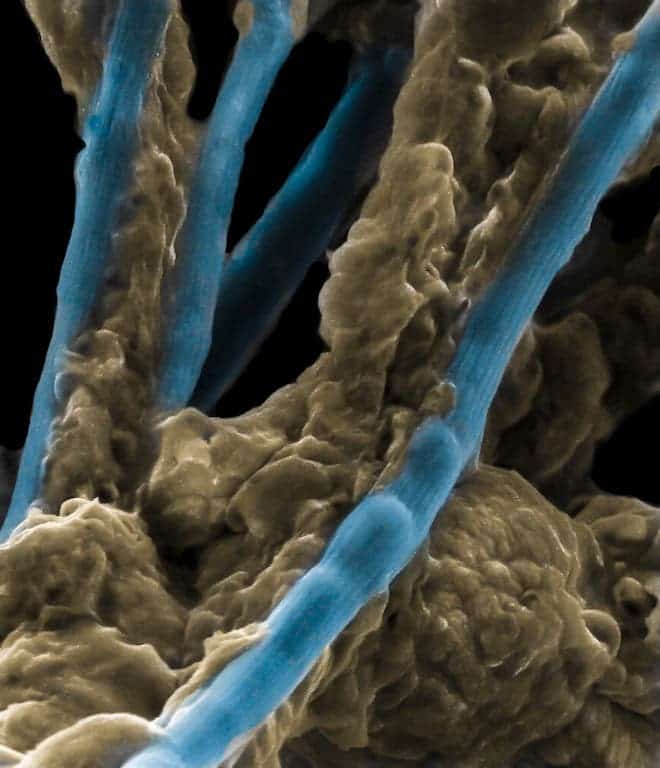 The bacteria, was first discovered in 2010 by Danish scientists in the aftermath of an investigation looking into chemical fluctuations in sediments from the bottom of Aarhus Bay. These fluctuations were too anomalous to be chemical in nature, so the oxygen levels change was attributed to an electrical signal. What could have possible cause an electrical signal spread across tens of miles on the sea floor?

Their answer came in the form of the Desulfobulbus bacterial cells, which are only a few thousandths of a millimeter long each or 100 times thinner than a human hair – so tiny that they are invisible to the naked eye. These bacteria  form a multicellular filament that can transmit electrons across a distance as large as 1 centimeter as part of the filament’s respiration and ingestion processes. In just one teaspoon of mud, the researchers found a full half-mile of Desulfobulbaceae cable, while in an undisturbed area, says the team, there are tens of thousands of kilometers of cable bacteria living under a single square meter of seabed. And it’s not just a Danish phenomenon.

Lars Peter Nielsen, along with microbiologists Christian Pfeffer, Nils Risgaard-Petersen, have received numerous other samples from sea floors around the world where they found the same bacterial cells. This lead the scientists to suggest that quite possibly the sea and ocean floors of the world are buzzing with electrical current.

“Until we found the cables, we imagined something cooperative where electrons were transported through external networks between different bacteria,” said Lars Peter Nielsen of the Aarhus Department of Bioscience and a corresponding author of the paper. “It was indeed a surprise to realize that it was all going on inside a single organism.” 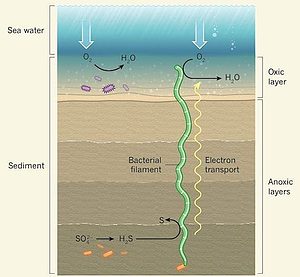 “I’m a physicist, so when I look at remarkable phenomena like this, I like to put it into a quantifiable process,” said El-Naggar, who was recently chosen as one of the Popular Science Brilliant 10 young scientists for his work in biological physics.

“This world is so fertile right now,” he said. “It’s just exploding.”

The findings were detailed in a paper published in the journal Nature.