by Mihai Andrei
in Oceanography, Other, Videos
Reading Time: 2 mins read
A A
Share on FacebookShare on TwitterSubmit to Reddit

Mark Benfield from Louisiana State University, Baton Rouge was undertaking a survey when he spotted this amazing oarfish at about 10 meters long. The fish is one of the longest in the world, and it’s general aspect resembles that of a serpent, so it’s possible it lies at the basis of some sea serpent myths. 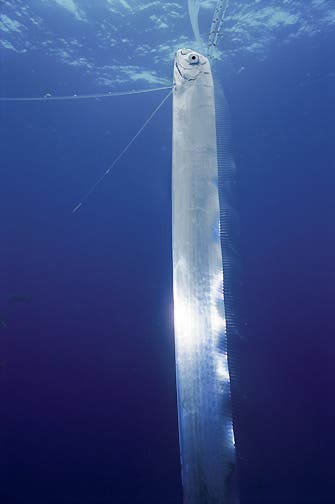 Professor Benfield explains how they found the fish:

“We saw this bright vertical shiny thing, I said ‘are they lowering more riser?’ as it looked like they were lowering a huge pipe. We zoomed in a little bit and we said ‘that’s not a riser that’s a fish! What was interesting about the fish was its swimming behaviour,” said Professor Benfield.It moved by undulating its dorsal fin in waves that propelled it backwards at quite a good speed.” 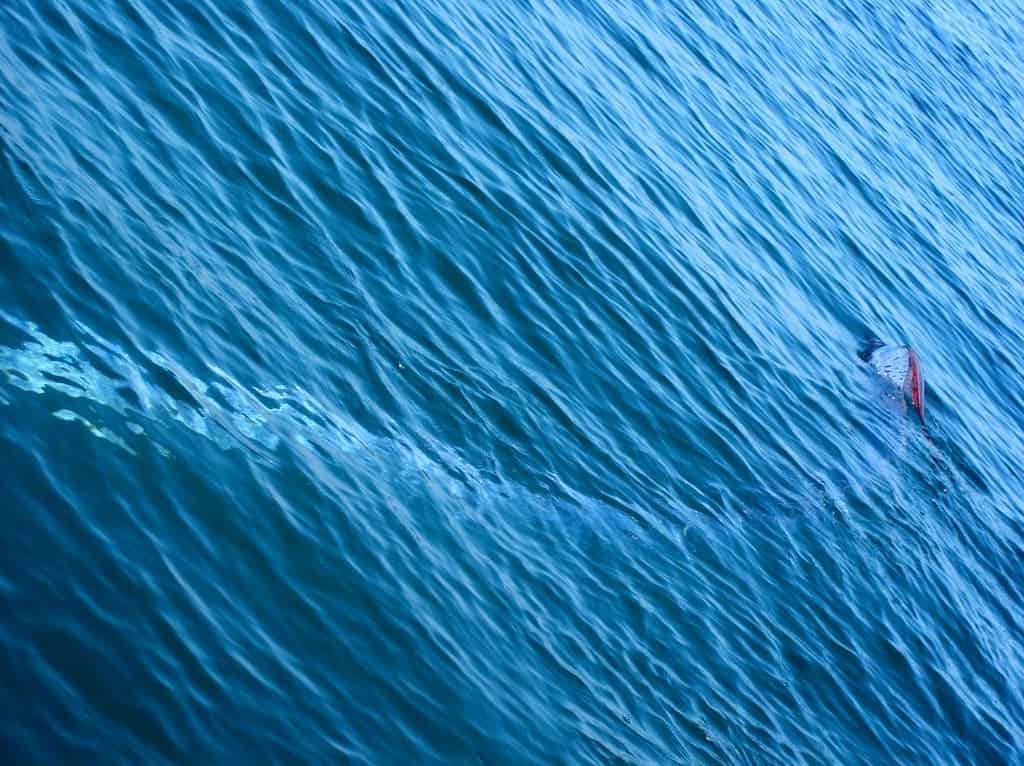 Oarfish are amazing deep sea creatures that can go up to 17 meters long. They are sometimes found washed up on beaches or dying in the upper part of the ocean, and this is the first time they’ve been filmed in the deep. Unfortunately, I can’t give you the footage here, but you can find it on BBC.