Wolves can cooperate with humans as well as dogs, but in different ways

A new study finds that wolves are equally capable of collaborating with humans, just in different ways. 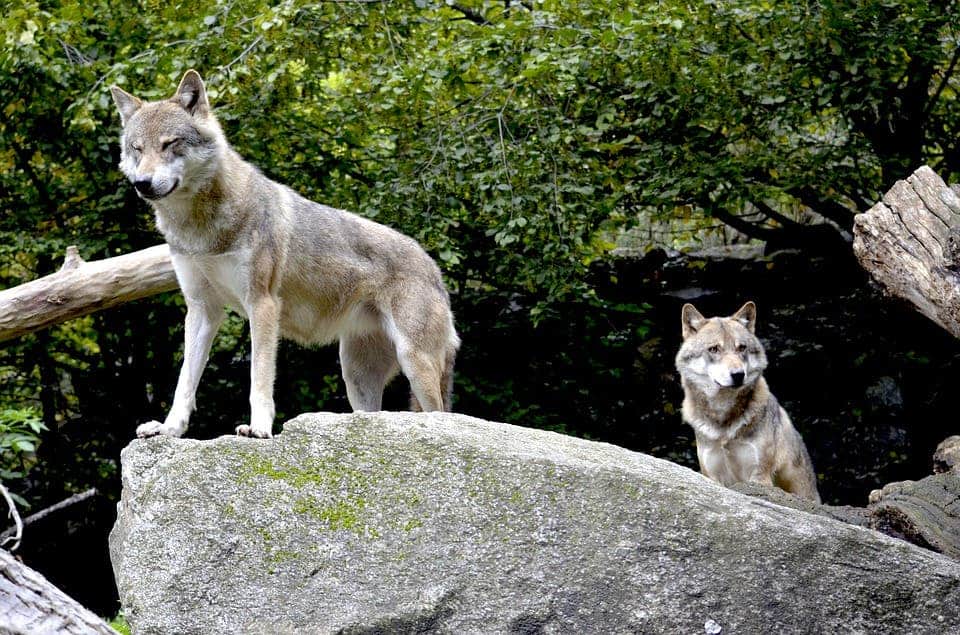 For thousands of years, humans and dogs evolved together — with dogs often adapting to our way of being and our social system. Naturally, you’d expect dogs to be better adapted to working with humans than wolves, but that’s not really the case, a new study finds. According to the study, the ability of dogs to cooperate lies not within the dogs themselves — but within the “wolf inside the dog.”

The study assessed the extent to which dogs and grey wolves can collaborate to solve certain tasks. A sample size of 15 grey wolves (11 males, 4 females) and 12 mixed-breed dogs (7 males, 5 females) were tested at the Wolf Science Center in Ernstbrunn, Austria, where animals are socialized with people very early on. The tests were all variations of the so-called cooperative-pulling paradigm: an experimental design in which two or more animals pull rewards toward themselves via an apparatus that they cannot successfully operate alone. It’s a commonly used setup, often employed to assess the cooperative capabilities of different animals.

Results show that both dogs and wolves had equally good results, although they worked in different ways: wolves showed more initiative, whereas dogs were more team-oriented. This also helps to show why dogs are better pets than wolves.

“The detailed analysis of the cooperative interactions revealed interesting differences between wolves and dogs. It shows that, while wolves tend to initiate behaviour and take the lead, dogs are more likely to wait and see what the human partner does and follow that behaviour.”

The results came as somewhat a surprise. It’s not that dogs are more intelligent than wolves — quite the opposite. There’s strong evidence suggesting that wolves are every bit as smart as dogs, and perhaps even have the edge. However, as dogs and humans have evolved in similar environmental constraints, this is often regarded as an example of convergent evolution — the independent evolution of similar features in different species — which would be an advantage to dogs.

However, wolves are a highly cooperative species, working together to raise the young, hunt and defend their territory.

Overall, the two seem to balance each other out.

“Due to their convergent evolution, dogs have been suggested as a good model for the evolution of human social skills, such as tolerance and cooperativeness. However, recent studies have revealed that wolves (dogs’ closest undomesticated relatives) are more tolerant and cooperative with conspecifics than dogs,” researchers conclude.