It seems like the people of Nepal just can't catch a break - another large, 7.4 earthquake has struck, sending the people from the capital of Kathmandu running on the streets scared.

It seems like the people of Nepal just can’t catch a break – another large, 7.4 earthquake has struck, sending the people from the capital of Kathmandu running on the streets scared. 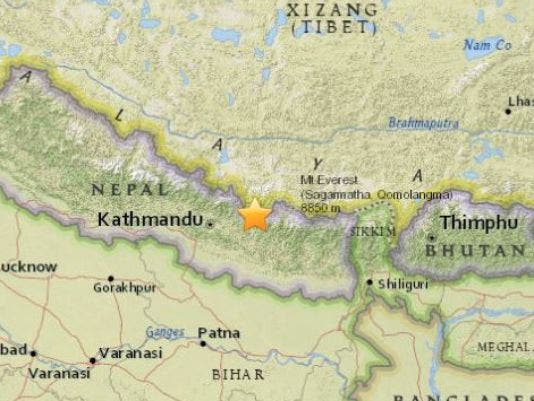 According to the United States Geological Survey (USGS), the temblor had a magnitude of 7.4 and struck 68 km (about 42 miles) west of the town of Namche Bazar, relatively close to the Himalayas and the border with Nepal. It was quickly followed by aftershocks of 5.6, 5.4 and 6.3 magnitude within half an hour. Thankfully though, there were no reports of victims.

Bikash Suwal, a trekking guide in Kathmandu told the NY Times that everybody fled the buildings as soon as they felt the earth shaking, not wanting to go through the horror of the previous earthquake.

“We are scared as hell, but right now it was not so very powerful like before,” he said. “Everybody is staying outside.”

Save the Children said its teams on the ground were assessing the impact of the second quake on already damaged buildings.

“It’s a terrifying time for the hundreds of thousands of children and families who lost everything in the 25 April quake,” the charity said.

The 25 April earthquake killed over 8,000 people, injured more than 18,000 and was the worst disaster to hit Nepal since the 1934 Nepal–Bihar earthquake.