Why a spinning hard-boiled egg always faces up

Try it at home.

Sometimes, it takes a lot of time and dedication before a clever mind comes along and solves a long-standing mystery. Take the mind-boggling conundrum of the spinning hard-boiled egg that always stands upright as it continues to whirl around.

Physicists have come to learn that the spinning egg mainly rises due to the force of friction between the egg and the table. However, these explanations often employ complex equations and don’t capture the full picture. It was only recently that Rod Cross, a physicist at the University of Sydney, finally came up with a more elegant explanation.

Cross’ expertize is in plasma physics, but the retired Australian physicist is a sort of a local celebrity for his entertaining studies in Sports Mechanics, an interest that has led him to become a consultant to the police in murder investigations. On his website, you can find all sorts of video and explanations on everything from the physics of billiards and tennis balls to silly putty.

In a recent paper published in the European Journal of Physics, Cross showcased the findings of his experiments with a solid aluminum spheroid. The experiments showed that a spinning hard-boiled egg rotates, or precesses, about two different axes. One is the vertical axis, which is obvious as the egg spins. The other is the horizontal axis around which the egg rotates as it stands up on its end due to the horizontal friction force. When the egg starts rolling, the friction force drops to zero, stopping the egg’s motion.

“If an egg is on its fat end when it falls, it slides forward. On its pointy end, the egg rolls right over then slides. The egg has more potential energy when the fat end is at the top, so there is more kinetic energy when it falls. If the fat end remains at the bottom after falling, then the thin end can rotate all the way up to the top with enough energy left over to swing it past the top,” Cross wrote on his website.

“Spun slowly clockwise, the egg precesses in a counter-clockwise direction,  rocking from one end to the other, in the same way that people move heavy furniture.”

Cross’ experiments also confirmed that the faster an egg spins, the more upright it stands. And if the egg isn’t spun with enough force, it won’t rise at all because friction causes the egg to roll instead of sliding and standing up. These characteristics are reminiscent of spinning coins and the inversion of a tippe top.

“Spinning eggs have been studied for more than 100 years, but there has not previously been a simple explanation for the rise, either of spinning eggs or the tippe top,” Cross told Phys.org. “The essential physics cannot be conveyed to an undergraduate student or to a physics teacher by explaining that an egg rises because the equations predict that it will rise.

“Part of the problem is that there have not been enough experimental measurements to pin down the separate roles of sliding and rolling friction in causing the egg (or tippe top) to rise and then causing it to stop rising if it is not spun fast enough.” 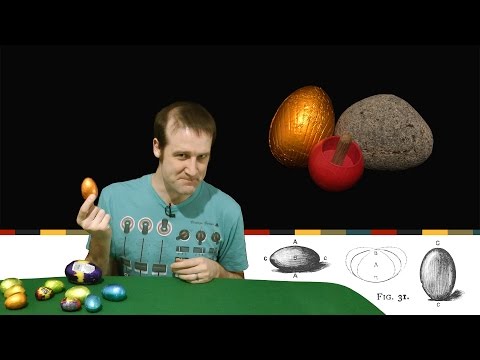