Scientists crack the eggshell nanostructure, finding what makes it so strong

The findings are important for food safety, but also materials science.

Take a minute to marvel at the incredible complexity and resilience of a very familiar sight: the chicken egg. An egg’s shell is strong enough to not fracture from the outside, despite being quite thin, while at the same time being weak enough on the inside to allow a chick to hatch. What’s its secret? According to Canadian researchers at McGill University, it’s all in the eggshells nanostructure.

In order to find out what makes a bird’s eggshell so unique, an interdisciplinary team comprised of dentistry researchers and engineers meticulously prepared eggshell samples, studying both their molecular nanostructure and mechanical properties. This was more challenging than it sounds. Because eggshells are so fragile, they easily break when you try to cut a slice for imaging by electron microscopy. The team solved this problem by using a focused-ion beam sectioning system to elegantly cut thin slices of eggshells and image their interior.

“Eggshells are remarkable in the world of biomineralization as they are one of the fastest know biomineralizing systems that we know of — a laying hen forms a 6-gram eggshell in about 17 hours almost every day. We were fascinated about how an eggshell could form so fast, and what its internal structure was like,” Marc McKee, a professor in McGill’s Department of Anatomy and Cell Biology and co-author of the new study, told ZME Science.

“We now have the research tools to cut very thin sections of the shells (a focused-ion beam that cuts just about anything), and this prevented the shell from shattering when we tried to cut it using previous methods.  With this very thin section, we were able to identify a fascinating subunit nanostructure within the interior of the shell using atomic force microscopy and electron microscopy. The ‘Aha’ moment was when we saw the nanostructure by various microscopies!  When had guessed it might be true because of the unique properties of the eggshell, but then we actually saw it, ‘Aha!’,” McKee added. 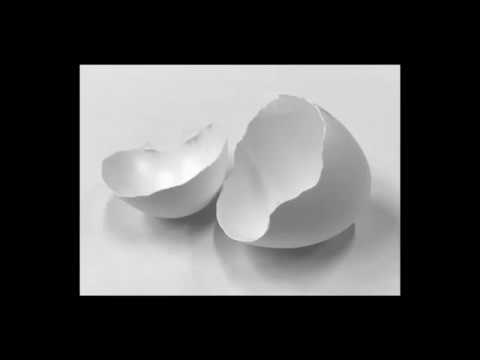 When a hen lays an egg, it is sufficiently hard not to break during brooding. As the embryo inside the egg develops, the inner portion of the shell dissolves to provide precious calcium, which the chick needs to grow bones. At the same time, this process weakens the shell enough for it to be broken by the hatching chick. McKee and colleagues learned that this dual-function is enabled by changes in the shell’s nanostructure during incubation. Specifically, the researchers singled out a nanostructured mineral associated with osteopontin — the eggshell protein also found in bones — as of the main factors driving shell strength. During an experiment, the researchers recreated a similar nanostructure in the lab by adding osteopontin to mineral crystals.

“Since we were able to reproduce something similar to the eggshell nanostructure in the laboratory setting by growing our own synthetic crystals in the presence of the eggshell protein osteopontin, this means that we can control nanostructure size of mineral in a protein matrix – thus making a nanocomposite biomaterial.  Nanocomposites, in general, are known for their strength and hardness, light weight and versatility and have many benefits and applications in many fields,” McKee said.

There are many potential applications to the findings. Understanding the role certain proteins play in the eggshell hardening process has important implications for food safety — cracked eggs have an increased risk of Salmonella poisoning, for instance. The findings could also open the door for a new class of eggshell-inspired composite materials that are both strong and lightweight.

“Because we could partly recreate eggshell structure in calcite mineral in the lab setting, this may allow us the ability to intentionally produce new nanocomposite materials with desirable properties.  Nanocomposites have amazing unique properties, and many new nanomaterials are being developed by many industries.  They are often strong and lightweight, amongst many other properties.  Of course, in the food industry, having a strong and tough eggshell will prevent cracks that allow pathogens access to the egg that might cause food poisoning.  Understanding more about shell nanostructure will allow us to select for strains of hens that consistently produce stronger eggs,” McKee told ZME.

In the future, researchers plan “to understand the mechanism of how the protein osteopontin controls the nanostructure and strength of the shell,” Mckee said.

“It is exciting because we are learning from Nature and 100s of millions of years of evolution how nanostructure provides optimal material properties for things as seemingly delicate as an avian eggshell.  In fact, the shell is remarkably strong and tough to serve its function, but also is finally delicate enough at a certain point in time to allow the chick to hatch from the egg by breaking the shell from the inside-out, all this results from nanostructure in general, and differences in nanostructure across the shell thickness.  As a biological nanocomposite, the interplay between a protein matrix and mineral provides unique and ideal properties for a shell structure that has persisted since the time of the dinosaurs,” the researcher concluded. 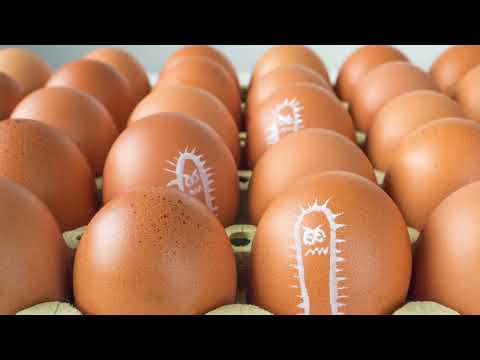 The findings were published in the journal Science Advances.