This robot passes through pipes to see where they’re leaking

The small robot that could.

by Alexandra Gerea
in Design, News, Technology
A A

Here’s a worrying thought: 20% of all the clean water produced in the world is wasted through water pipes. In the US alone, this amounts to 6 billion gallons of clean water, and although detection methods have advanced tremendously, most cracks are only discovered too late. But this robot might change it all.

It might seem like a bit of overkill to develop a robot, then send it through pipes just to save some water. But when you consider the sheer scale of the problem, and how it’s essentially ubiquitous, the utility of the robot becomes much clearer. The soft robot you see above just netted the 2018 James Dyson Award, a design competition to celebrate up-and-coming inventors. Called Lighthouse, it was created by recent Massachusetts Institute of Technology (MIT) doctoral graduate You Wu. Wu wanted to design a soft, cheap bot that would tackle the massive and global problem of water waste.

Lighthouse is inserted through a waterway using an existing hydrant, where it passively navigates through the pipe. Whenever there’s a pipe, it generates a suction force, and the robot measures the strength of the suction, also recording its location. After the robot is flushed out, a surveyor can come and download a map of any potential leaks. Based on this map, reparations can be planned and carried out — but more importantly, preventive measures could be taken.

Herein lies the great advantage of robots like Lighthouse: it allows the detection of leaks before they get to do major damage, which could end up saving a lot of water — and a lot of money. Lighthouse can reportedly discover leaks that are as small as a 4-millimeter crack, which loses just one gallon of water per minute — that’s five times less than a regular shower. 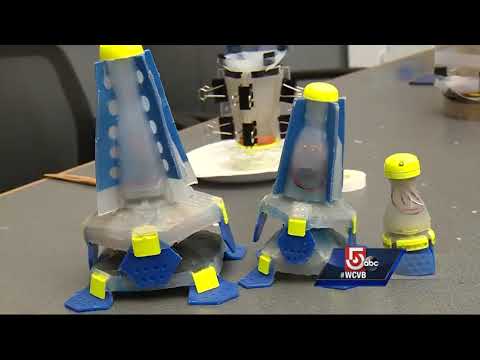 Ultimately, water is a finite resource, and we’re not taking particularly good care of it right now. We’re wasting much of it, and as a result, many people around the world are already facing acute shortage issues. While Lighthouse won’t single-handedly solve that, it has the potential to make a dent, and be a piece of a much-needed solution.

“Every year, there are 240,000 water pipe breaks in the US, and many of them cause sinkholes and other severe damage to the infrastructure. Water utilities need methods for detecting and locating such leaks before they become big breaks, so that they can perform preventative maintenance to save water and protect infrastructure. If we can find and fix half of all leaks in the world, we can recover enough leaked water to support 1 billion more people’s daily need,” the producer’s webpage reads.