They were once thought to be impossible.

Scientists have discovered some of the most bizarre crystals in a piece of Russian meteorite. It’s only the third time such a crystal has been found in nature, all three samples coming from the same meteorite.

The crystals in case are called quasicrystals – structures that have the order characteristic to crystals but don’t share their periodicity. They’re remarkable for two reasons: firstly, they’re incredibly rare in nature and secondly, they’re incredibly unlikely. They’re so unlikely that they cost the scientist who first discovered them his job. Israeli chemist Daniel Shechtman, who first proposed their existence, was considered mad for a long time.

The reason for this seems fairly straightforward – crystals are typically filled with neat shapes like cubes or triangles (four-fold and three-fold symmetry respectively). Other shapes would leave a gap behind. But quasicrystals are arranged in irregular, five-fold symmetry, which should just not work. True story – a few years ago during my undergrad, we were taught that there’s no such thing as five-fold (pentagonal) symmetry.

Patricia Thiel, a chemistry and materials science expert based at Iowa State University, used this helpful analogy of tiling a floor to explain the unique properties of quasicrystals in this NPR article:

“If you want to cover your bathroom floor, your tiles can be rectangles or triangles or squares or hexagons,” she said. “Any other simple shape won’t work, because it will leave a gap. In a quasicrystal, imagine atoms are at the points of the objects you’re using. What Danny [Shechtman] discovered is that pentagonal symmetry works.”

So now we know that the strict rules of symmetry can be broken, not only in the lab but also in nature. This sample was found by a team led by geologist Luca Bindi from the University of Florence in Italy.

“What is encouraging is that we have already found three different types of quasicrystals in the same meteorite, and this new one has a chemical composition that has never been seen for a quasicrystal,” one of the team, Paul Steinhardt from Princeton University, told Becky Ferreira at Motherboard.

“That suggests there is more to be found, perhaps more quasicrystals that we did not know were possible before.”

To make things even more interesting, this sample was new and undiscovered. The previous two had been synthesized in a lab, but the latest finding is brand new. It features icosahedral symmetry, an exotic pattern featuring 60 points of rotational symmetry, somewhat like that of a soccer ball. 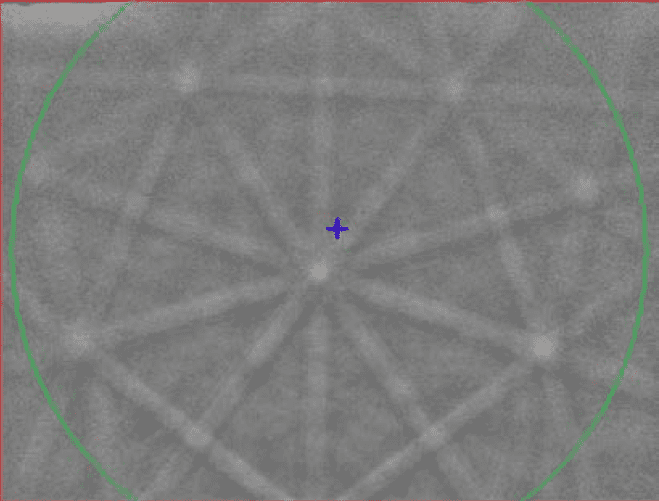 But while quasicrystals are relatively simple to make in a lab nowadays, we still haven’t found that many in nature. Paul Steinhardt, who serves as the Albert Einstein professor at the science at Princeton University, was one of the authors of the new research. He says that one of the reasons we haven’t found any more of them is because almost no one is really looking.

“There are perhaps one or two other groups [of researchers] at most searching,” Steinhardt said. “Since we found an example, we have been focusing on understanding how this particular one formed since that will tell us something about the likelihood of finding others. But it is very very early times for these kinds of studies.”

Tags: quasicrystalsymmetry
IN THESE TRYING TIMES
Accurate scientific information is more important than ever. We're here to help make sense of it all:
coronavirus and beyond.