Think you're buffed today? Well, I've got some news for you...

by Mihai Andrei
in Agriculture, Anthropology, News
A A

Ancient women farmers were about as strong as today’s elite rowers, thanks to intensive manual labor.

Manual agriculture was never easy, especially before the plow was invented. You need to till the soil, plant crops, harvest crops, and grind the grain to make flour — all by hand, using only digging sticks and rudimentary flint sickles inserted into wooden handles. As a result, ancient people would have likely been quite buffed compared to us. This theory has been confirmed several times through bone analysis, but most studies have focused on male limbs. Now, a comprehensive study on female limbs (the first one of its kind) confirms a similar trend, with an even more striking difference: women living during the first 5,500 years of farming in Central Europe had some serious upper body strength.

During a lifetime, bones twitch and turn, they support lifting, pulling and running. They can tell a lot about a person’s physical capabilities and overall lifestyle. In a way, woman bones are even more telling because they also store minerals to be used during pregnancy and lactation.

Alison Macintosh, who studies skeletal biomechanics at the University of Cambridge’s anthropology department, says that this extra complexity is part of the reason why woman bones have been so understudied.

“There has been little work done yet, and what does exist has focused on men largely because the relationship between behavior and bone is a bit less complex in men than in women,” Macintosh said.

So she and her colleagues used a 3D laser imaging system to analyze and create models of 89 shinbones and 78 upper arm bones from women who lived during the Neolithic (5300 B.C.E.–4600 B.C.E.), Bronze Age (3200 B.C.E.–1450 B.C.E.), Iron Age (850 B.C.E.–100 C.E.), and Medieval (800 C.E.–850 C.E.) periods in Central Europe. In order to have a frame of reference, they also recruited dozens of female Cambridge students, both athletes (accomplished runners, soccer players, and rowers) and non-athletes. From the living women, they used CT imaging to picture the bones. “We can then quantify bone strength using special software,” Macintosh explains. 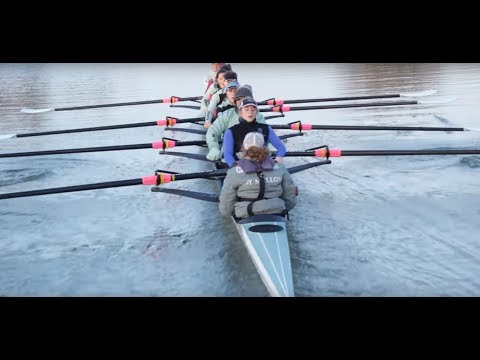 By analyzing bones in this way, researchers can then infer how strong the arms and legs are. They found that Neolithic women had impressively strong limbs. Women’s leg strength was surprisingly variable, encompassing the entire range which was seen in the living women — from sedentary women through to ultramarathon runners. When it came to arms though, it was a completely different story. Ancient women had extremely strong arms, with bones about 16 percent larger than those of competitive rowers (which routinely row over 100 km/week) and 30 percent larger than recreationally active women.

“This suggests that prehistoric agricultural women were doing a huge range of daily activities that involved varying amounts of strain on their legs, but were consistently doing higher levels of manual labor than living rowers,” Macintosh continues.

It also means that anthropologists have been greatly underestimating the muscular load that agricultural tasks require, as well as the women’s engagement in such tasks.

“Prior to the invention of the plough, subsistence farming involved manually planting, tilling and harvesting all crops,” said Macintosh. “Women were also likely to have been fetching food and water for domestic livestock, processing milk and meat, and converting hides and wool into textiles.

Women in later times also had strong arms. As technology advanced though, women were spared of some of this backbreaking work. As a result, the muscular strength started to drop bit by bit.

“In the Neolithic and Bronze Age periods, grain was processed using a saddle quern, which is a time-consuming and relatively inefficient way to grind grain. In the Late Iron Age, a new grain grinding technology, the rotary quern, became common in Central Europe. This technology is more efficient, takes less time, and uses less muscle activity to grind the same amount of grain as a saddle quern. This may be one of the main reasons why women’s upper limb bone strength starts to decline between the Iron Age and the Medieval period in this region of Europe.”

It’s important to note that women played a crucial role during this early part of mankind’s development. We don’t really know how chores were divided between men and women. In fact, the complexity of this division might make it hard to track specific bone signatures.

“The variation in bone loading found in prehistoric women suggests that a wide range of behaviours were occurring during early agriculture. In fact, we believe it may be the wide variety of women’s work that in part makes it so difficult to identify signatures of any one specific behaviour from their bones,” Macintosh concludes.

In the future, Macintosh and colleagues want to study how the nutritional changes which followed the agricultural revolution affected the lifestyle (and bones) of early humans.