Long before humans were even thinking about developing the nut and bolt mechanism for screwing one thing to another, mother nature had it all planned and implemented, in this weevil from Papua which attaches their legs to their bodies instead of the old fashion ball-and-socket joint. 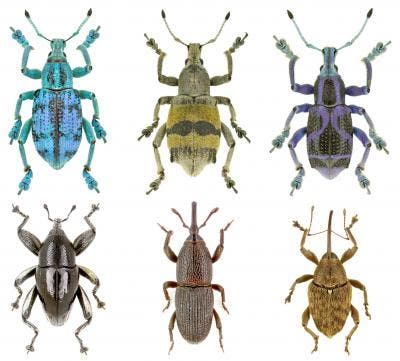 Weevils are beetles from the Curculionoidea superfamily, a large and extended family, with over 60.000 species. Due to this fact, they are found almost anywhere in the world, including Papua New Guinea, a country in Oceania, near Australia. 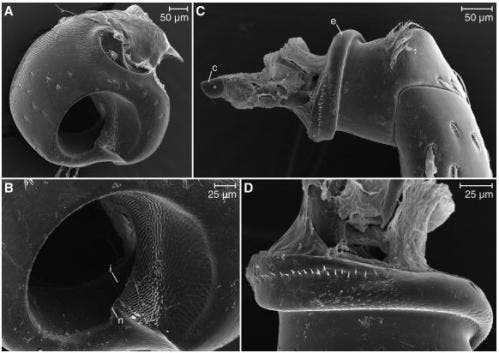 Scientists from Institute for Synchrotron Radiation at the Karlsruhe Institute of Technology (ANKA) and the State Museum of Natural History in Karlsruhe in Germany, led by Thomas van der Kamp, have been studying Trigonopterus, a genus of 90 described species, observing and analyzing computed tomography (CT) scans of the Papuan weevil Trigonopterus oblongus. They discovered that the top pair of the beetle’s legs are attached in an extremely uncommon way via the trochanter, which screws into another small body part called the coxa, the equivalent of a hip.

The inside of coxa and external surface of the trochanter features a mechanism familiar to any mechanic working with nuts and bolts. The trochanter covers around 410 degrees or more than a complete rotation, while the internal threads on the coxa cover 345 degrees. 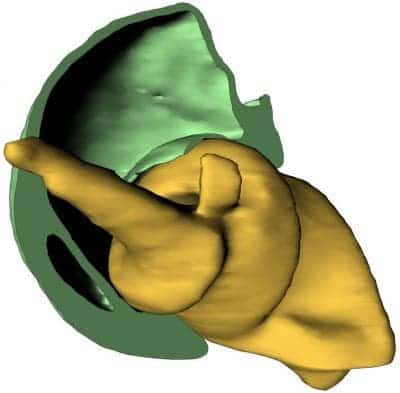 The muscles turn the legs on the screw threads, an arrangement that allows the weevils to twist their hind and middle legs through 130 degrees, and their front legs through 90 degrees. The joint is more difficult to dislocate than a ball-and-socket joint.
Van der Kamp then examined the legs of 15 more weevil species from different families to see if the same arrangement was used and discovered they did have a nut and bolt system like T. oblongus. The researchers suggested that “it’s a safe bet that all weevils have it.”