All the ingredients for alien life: NASA finds hydrogen spewing out of Saturn’s icy moon, likely propelled from hydro-thermal vents

Both Enceladus and Europa seem capable of supporting alien life, according to a major NASA announcement.

by Tibi Puiu
in Alien life, News, Space
A A

NASA’s Cassini spacecraft has found hydrogen molecules in the plumes spewing off one of Saturn’s icy moons called Enceladus. This suggests that there are hot spots hidden beneath the ocean which can provide enough energy for life to both appear and thrive, given how common hydrothermal vents or underwater geysers are on Earth’s ocean floor. Additionally, a potential plume was identified gushing out of Europa, one of Jupiter’s moon, which suggests similar processes to Enceladus might occur beneath the moon’s crust of ice as well.

“This is the closest we’ve come, so far, to identifying a place with some of the ingredients needed for a habitable environment,” said Thomas Zurbuchen, associate administrator for NASA’s Science Mission Directrate at Headquarters in Washington. ”These results demonstrate the interconnected nature of NASA’s science missions that are getting us closer to answering whether we are indeed alone or not.”

All the ingredients for life

Around these hydrothermal vents on Earth, cold water mingles with hot magma to produce hydrogen gas that rises from the vents and the same chemical processes provide ample breeding grounds for microbial life to thrive. Similarly, Enceladus’ hydrothermal vents could provide similar conditions with hydrogen acting as a major food source and the heat providing the right temperature. The energy content of the hydrogen sniffed by Cassini is equivalent to 400 pizzas, said on NASA researcher at the press conference.

“Although we can’t detect life, we’ve found that there’s a food source there for it. It would be like a candy store for microbes,” said Hunter Waite, lead author of the Cassini study.

The discovery was published in the journal Science was made by NASA’s Cassini mission, right on time since the spacecraft is nearing the end of its mission and will soon be decommissioned. The spacecraft ‘sniffed’ the hydrogen as it gushed out of Enceladus’ four parallel depressions known as ‘tiger stripes’ on Oct. 28, 2015. The plumes get ejected as high as 50 to 100 km above the moon’s surface, despite the fact we’re talking about a cosmic body that’s comparable in size with our very own Moon. This means whatever’s propelling the plumes is an insanely energetic process. Scientists determined that nearly 98 percent of the gas in the plume is water, about 1 percent is hydrogen and the rest is a mixture of other molecules including carbon dioxide, methane, and ammonia.

Data suggests that the Enceladus ocean contains up to 1.4% hydrogen and 0.8% carbon dioxide, besides methane, propane, acetylene, formaldehyde, and ammonia — all of which were detected previously.

Scientists had suspected for a long time that intense energetic processes happen on Enceladus given the moon has a solid, hot core whose heat is capable of sustaining a 10-kilometer thick liquid ocean beneath the icy surface. Previous observations suggest the core is also porous allowing pockets of the ocean to heat up more than others.

“Confirmation that the chemical energy for life exists within the ocean of a small moon of Saturn is an important milestone in our search for habitable worlds beyond Earth,” said Linda Spilker, Cassini project scientist at NASA’s Jet Propulsion Laboratory (JPL) in Pasadena, California.

Another paper published by researchers working with the Hubble Space Telescope reported plume erupting from Europa, the smallest of the four Galilean moons orbiting Jupiter. The plume was seen gushing from the same location an earlier event occurred in 2014. These findings suggest that plumes on Europa might be a real phenomenon. 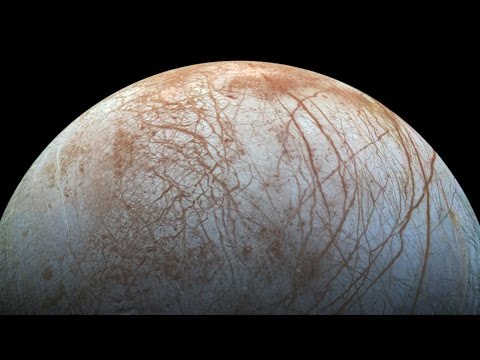 The plume rose to about 100 kilometers above Europa’s surface from an unusually warm region where cracks dot the moon’s icy crust. Like on Enceladus, this may be evidence of hot water erupting from the moon’s interior.

“The plumes on Enceladus are associated with hotter regions, so after Hubble imaged this new plume-like feature on Europa, we looked at that location on the Galileo thermal map. We discovered that Europa’s plume candidate is sitting right on the thermal anomaly,” said William Sparks of the Space Telescope Science Institute in Baltimore, Maryland. Sparks led the Hubble plume studies in both 2014 and 2016.

All of these findings are terribly exciting. They tell us that both of these ‘ocean worlds’ are potentially inhabitable. What’s certain is that we need to do more work and keep our eyes open for more evidence of life on these seemingly inhospitable worlds — and we might get a confirmation sooner than some think. In the 2020s, NASA’s Europa Clipper mission will be ready to make similar measurements to Hubble’s, but from thousands of times closer. As for Enceladus, NASA is already talking about landing a lander on one of the moon’s tiger stripes where it should literally start drilling for life. The stars seem to be aligning.

“If there are plumes on Europa, as we now strongly suspect, with the Europa Clipper we will be ready for them,” said Jim Green, Director of Planetary Science, at NASA Headquarters.