Next up -- clinical trials.

by Mihai Andrei
in Health & Medicine, News
Reading Time: 4 mins read
A A
Share on FacebookShare on TwitterSubmit to Reddit

A new blood test for melanoma could detect the cancer in its early stages — a window when it is still highly treatable, and survival rates are over 98%. Melanoma, which often spreads quickly, is currently detected through biopsies and skin examinations. 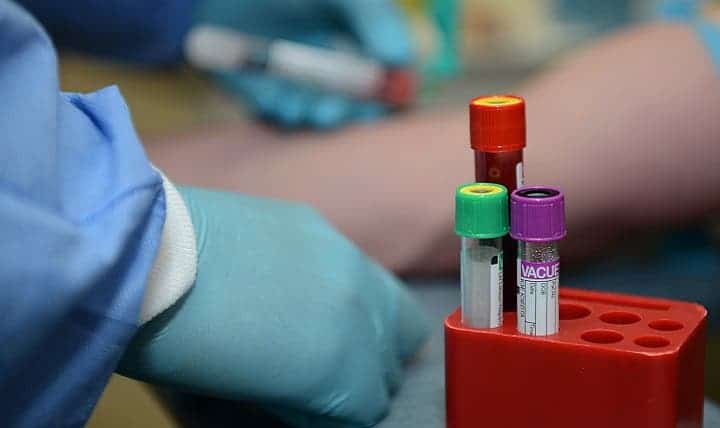 Melanoma is the most dangerous type of skin cancer, often linked to exposure to ultraviolet radiation from sunshine or tanning beds. It poses a huge threat and can spread very quickly, so early detection is crucial. However, identifying melanoma is often challenging.

Typically, doctors identify suspicious-looking moles, which they examine visually and cut out for biopsies. This process is not flawless: only 30% of the analyzed tissues are identified as melanoma, and a substantial amount of cancers elude detection.

In an article aptly titled ‘An unforgivable delay,’ published in the Lancet in 2005, a psychiatrist acknowledges how as a young internist he dismissed a soft tissue swelling in a middle-aged lady, as a ‘lipoma’ — a benign tumor made of fat tissue. Much to his chagrin, he later realized that it was actually a case melanoma. The confessional, alongside similar experiences with the diagnosis of this tumor, prompted the present review.

“When I was a young doctor I temporarily replaced an established internist in my town. One morning, a 45 year-old woman came to me in a state of high anxiety,” Alberto Foglia wrote in 2005. “She had noticed a deep-seated soft swelling in her right thigh. She told me openly that she had not wanted to come to me because she thought I was too young, but she felt she could not wait for the return of the regular physician a month later. At the same time she continually asked me for reassurance. “Is it true, doctor, that this is nothing to worry about? It is just a cyst, isn’t it?””

Stories where melanoma has been misidentified or missed altogether abound, which is why a reliable and fast blood test could make such a big difference — not only would it help with the accuracy of the diagnosis, but it would enable early detection of melanoma, which is often challenging.

Developed by scientists at Edith Cowan University in Australia, the test doesn’t detect the melanoma itself, but rather the auto-antibodies produced by the body to fight the cancer. The trial involved about 200 people — half of whom had melanoma. The results were impressive, but not perfect: the test was successful in 81.5% of cases. However, even with this success rate, early detection could save thousands of lives: melanoma claims 1,500 lives each year in Australia alone, says Professor Mel Ziman, head of the Melanoma Research Group at the university, who led the study.

If the melanoma is detected when it’s still less than 1 mm thick, you have a 98-99% chance of survival, Ziman says. If it spreads beyond that, things can get much trickier.

“It’s critical that melanoma is diagnosed more accurately and early,” Ziman said. “So a blood test would help in that identification particularly at early stage melanoma, which is what is the most concerning and would be most beneficial for everybody if it was identified early.”

It’s important to note that this blood test is still in its early phases. Not only do researchers have to improve the sensitivity of the procedure and reduce the false-positive rate, but the test also needs to be assessed more thoroughly and on a larger number of participants. It will now undergo clinical trials, which are scheduled to start within the next three years. The test did not pick up on other types of skin cancer.

So far, the medical community has been cautiously optimistic about this procedure. There’s still a long way to go before we can even talk about this blood test becoming a reality in hospitals. For now, scientists caution, you should still regularly check your skin for abnormal-looking moles — particularly if you live in a very sunny area or if you use tanning beds.

“The false positive and false negative rates of this test mean that the results will need to be interpreted with caution and, where practical, combined with a full skin check by a dermatologist,” Prof Rodney Sinclair, a University of Melbourne dermatology expert, told Australian Associated Press.