The search for extraterrestrial life is about to get some new recruits -- us.

by Dragos Mitrica
in Astronomy, News, Space
Reading Time: 4 mins read
A A

The search for extraterrestrial life is about to get some new recruits — us.

The W. M. Keck Observatory is a two-telescope astronomical observatory located in Hawaii, US. These are two of the largest and most advanced telescopes currently available and they’re also some most well-known instruments helping astronomers in their hunt for alien planets. The only “problem” astronomers have is that there’s just too much data for them to analyze it all, though one could argue that that’s hardly a problem. With this in mind, researchers from the Carnegie Institution for Science and MIT have released a massive dataset, taken over two decades by the W.M. Keck Observatory. The data comes with an open-source software package to process the data and an online tutorial so you can start hunting for planets right away.

The data features observations taken by the High Resolution Echelle Spectrometer (HIRES). HIRES splits a wave of light into all its constituent wavelengths, which are then analyzed to determine the characteristics of the starlight. The technique is called radial velocity. The radial velocity of an object with respect to a given point is the rate of change of the distance between the object and the point. The radial velocity of a star (and other luminous distant objects os well) can be measured accurately by taking a high-resolution spectrum and comparing the measured wavelengths of known spectral lines to wavelengths from laboratory measurements. This is what this data is all about, and scientists hope to draw new eyes to look at these observations, which include 61,000 measurements of more than 1,600 nearby stars.

“This is an amazing catalog, and we realized there just aren’t enough of us on the team to be doing as much science as could come out of this dataset,” says Jennifer Burt, a Torres Postdoctoral Fellow in MIT’s Kavli Institute for Astrophysics and Space Research. “We’re trying to shift toward a more community-oriented idea of how we should do science, so that others can access the data and see something interesting.”

Find your own planet 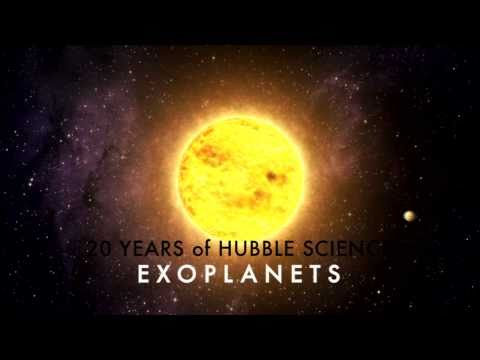 Although it wasn’t initially designed to look for exoplanets, MIT Torres postdoctoral research and team member Jennifer Burt said HIRES was pivotal in the discovery of new stars and has also proven effective at planet hunting.

“HIRES was designed back in the late ‘80s and early ‘90s to go and look at these faint, fuzzy galaxies,” Burt told Gizmodo. “The professor who designed it—Steven Vogt, who’s on the planet hunting team—was one of my advisors in grad school. Steve went through when designing HIRES and included the machinery that you would need to turn it into an exoplanet machine.”

Over the past two decades, astronomers have turned HIRES at more than 1,600 “neighborhood” stars, all within a relatively close 100 parsecs, or 325 light years, from Earth. So there’s no shortage of stars, and almost certainly — no shortage of planets to be found. The sheer number of exoplanets shocked astronomers in the beginning, but now we’re starting to understand just how many of them there are.

“We’ve gone from the early days of thinking maybe there are five or 10 other planets out there, to realizing almost every star next to us might have a planet,” Burt says.

So can we realistically find new planets? The answer is definitely ‘yes.’ For the aspiring astronomer, or for the casual scientist who wants to try something new, the odds are looking good. For people who will start from scratch, the beginning will be a bit challenging but if you persevere, you’re certainly in for some space goodies. The best part? The data set will continue to grow, so if you get accustomed to it, you’ll have more and more stuff to play with.

“This dataset will slowly grow, and you’ll be able to go on and search for whatever star you’re interested in and download all the data we’ve ever taken on it. The dataset includes the date, the velocity we measured, the error on that velocity, and measurements of the star’s activity during that observation,” Burt says. “Nowadays, with access to public analysis software like Systemic, it’s easy to load the data in and start playing with it.”