Epilepsy drug helps adults learn like when they were kids

An international team of researchers believes they have found a way to reopen critical learning periods in the brain, allowing adults to learn as if they were children, even abilities thought to be restricted to early ages, such as new language learning and absolute pitch development. 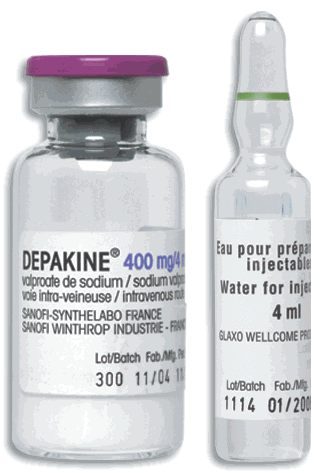 The drug is known as valproate or valporic acid (VPA) and may be marketed as Depakine. Its main purpose (as it is marketed now) is as a mood stabilizer, especially recommended in epilepsy cases, but also in migraines, depression, and even Alzheimer’s.

According to the study in Frontiers in Systems Neuroscience, researchers believe that the drug increases the plasticity of the brain to more closely resemble that of a child, which allows it to absorb and retain more information faster.

Typically, the critical learning period is defined as “a fixed window of time, usually early in an organism’s lifespan, during which experience has lasting effects on the development of brain function and behavior.” Takao Hensch, a molecular biologist at Harvard wanted to see is such a period could be recreated in adults. He administered to adult males with no musical training and then asked them to attempt to acquire absolute or “perfect” pitch. They used absolute pitch in this study because “there are no known cases of an adult successfully acquiring it.”

Half of the men took the valproate, while the other half a placebo, and then, they were asked to perform online tasks to train their ear to recognize tones. The treatment was not light: the regimen included taking 500 mg (two 250 mg capsules, one in the morning and one at night) for 3 days (days 1–3), followed by 1000 mg (four 250 mg capsules, one in the morning, one in the afternoon, and two at night) for 11 days (days 4–14), and taking 250 mg (one capsule) on the morning of the post-treatment assessment (day 15).

“Given the difficulty of improving [absolute pitch] performance in adulthood,” the researchers wrote, “we hypothesize that in our task, even a small advantage in pitch class identification in [the valproate group] as compared to the placebo group is suggestive of the reopening of plasticity, as musically naïve participants were trained for a relatively short time period on several pitch classes, conditions under which no existing study has shown any improvement in [absolute pitch].”

The results seem pretty conclusive: those who took the drug showed major improvements, scoring much higher on pitch tests than those who underwent a similar training but only took the placebo.

“Our study,” the authors conclude, “is the first to show a change in [absolute pitch recognition] with any kind of drug treatment. The finding that [valproate] can restore plasticity in a fundamental perceptual system in adulthood provides compelling evidence that one of the modes of action for [valproate] in psychiatric treatment may be to facilitate reorganization and rewiring of otherwise firmly established pathways in the brain.”

However, before you start popping pills to learn like a kid, you have to know that there are many side effects, some of which can include loss of appetite, pain in your upper stomach, yellow skin or eyes, fever, chills, cough, sore throat, or body aches, as well as massive and rapid bodyweight gain.