Poaching evolution: elephants are evolving to lose their tusks

It would be an amazing example of evolution -- if it weren't so tragic.

It would be a remarkable example of evolution if it weren’t so terribly tragic: African elephants are pressured by poachers to become tusk-less. 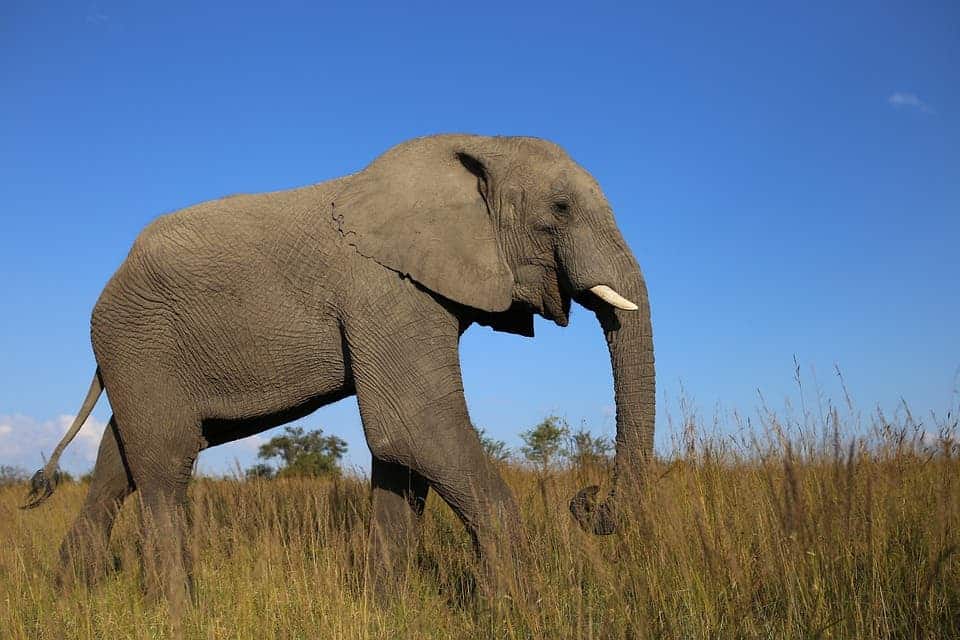 Evolution is a ruthless process — the individuals better adapted to the environment are more likely to survive and have offspring, which subsequently means that the ones who aren’t as well adapted have lower chances of survival. Typically, evolution happens slowly and is driven by natural factors, but that’s not always the case.

For African elephants, not having tusks can be an evolutionary advantage, because they are less likely to be killed by poachers. This is the conclusion of Joyce Poole, an elephant behavior expert. Poole told National Geographic that poachers specifically like to target older females, and in that demographic, you really start to see a difference.

Genetically, tusklessness only occurs in 2-4% of female African elephants, but in Mozambique’s war-torn Gorongosa National Park, over 50% of all elderly females have no tusks — and they’re passing their genes on to the younger generations. Almost a third of younger females who were born after the war still have no tusks.

[panel style=”panel-success” title=”Poaching for tusks” footer=””]Elephant tusks are essentially overgrown teeth. They have a multitude of uses, including defense, offense, digging, lifting objects, gathering food, and stripping bark to eat from trees. Elephants also use their tusks as digging and boring tools, especially during the dry season, when they are looking for water.

For centuries, humans have used tusks to create ivory, which is a valuable commodity in some markets. This has led to the overhunting of many tusked species, including elephants, bringing them to the brink of extinction. [/panel]

This trend of tusklessness hasn’t only been observed in Mozambique. Josephine Smit, who studies elephant behavior as a researcher with the Southern Tanzania Elephant Program, says that many of the female elephants she is observing are tuskless — far more than what you’d expect under normal circumstances.

Poaching also reduces tusk size, a recent study concluded. Elephants in heavily poached areas tend to have smaller and lighter tusks, driven by a similar mechanism. Other studies have also revealed that hunting elephants is having a massive impact on their tusk evolution.

However, the one silver lining is that the tuskless elephants appear to be well and healthy.

Yet even if losing their tusks is nothing more than a significant discomfort, the lack of tusks would change how they behave, in ways that are not yet known. They may cover a larger range to look for food and water, to compensate for their inability to dig holes or access some food sources. This, in turn, could have cascading effects on the entire ecosystem. Some lizards, for instance, make their home in holes dug by elephants, or in trees felled by them. This change in behavior could place additional pressures not only on elephants but on a wide array of creatures.

Researchers are now working to better understand the implications of this unfortunate phenomenon.