The UN COP23 starts today — Why this matters, and what you need to know

This could have a big impact on our lives.

by Mihai Andrei
in Climate, News, World Problems
A A

For two weeks, world leaders are gathering in Bonn, Germany, to discuss how to keep the Earth on track for a warming of “only” 2 degrees Celsius. This is called the UN Conference of Parties, or COP for short. It could have a big impact on all our lives. Here’s what you need to know.

What the COP is

The world’s nations are meeting for the 23rd annual “conference of the parties”(COP) under the UN Framework Convention on Climate Change (UNFCCC). It’s a place for stakeholders from all over the world to meet and discuss ways to “prevent dangerous anthropogenic interference with the climate system” — in other words, limit man-made global warming as much as possible. I say ‘stakeholders’ because while the central focus of the conference is to set agreements between countries, companies, NGOs, and many other organizations also actively participate in the COP.

The conference is taking place in Bonn, Germany from 6-17 November. Two years ago, in Paris the COP reached a landmark agreement. Then, virtually the entire planet agreed to take action to limit temperature rise at 2C over pre-industrial levels. That has become the focal point of future COPs (including this one). National contributions were set out, based on each country’s economic possibilities. General directions were established, technology transfers were discussed, partnerships were signed, and many environmental initiatives were launched.

Last year, in Marrakech, Morocco, the talk shifted to implementation. Basically, we have the plan laid out, it’s time to see how to best accomplish the objectives. The principles were laid out in Paris, now it’s time for the details.

Despite what you read in some media, the science is settled on climate change. We know it is happening, we know we are causing it. So many studies have shown this that it doesn’t make much sense to have a discussion on if this is happening — it’s time to see how it is happening, and what we can do to mitigate and adapt to the new environmental situation.

Already, we are feeling the effects of climate change. It’s not just the temperatures rising. Weather events are becoming more extreme, biodiversity is threatened, and ocean acidification can have devastating consequences.

“All over the world, vast numbers of people are suffering – bewildered by the forces ranged against them. Our job as leaders is to respond to the suffering with all means available to us,” said newly elected COP23 President, Fijian Prime Minister Frank Bainimarama. “This means to meet our commitments in full, not back away from them.”

COP matters because it sets a direction for policy as well as the markets. While the science is in, the politics isn’t. COP focuses on establishing a direction that’s not only environmentally friendly but also profitable and politically feasible.

What’s on for this year 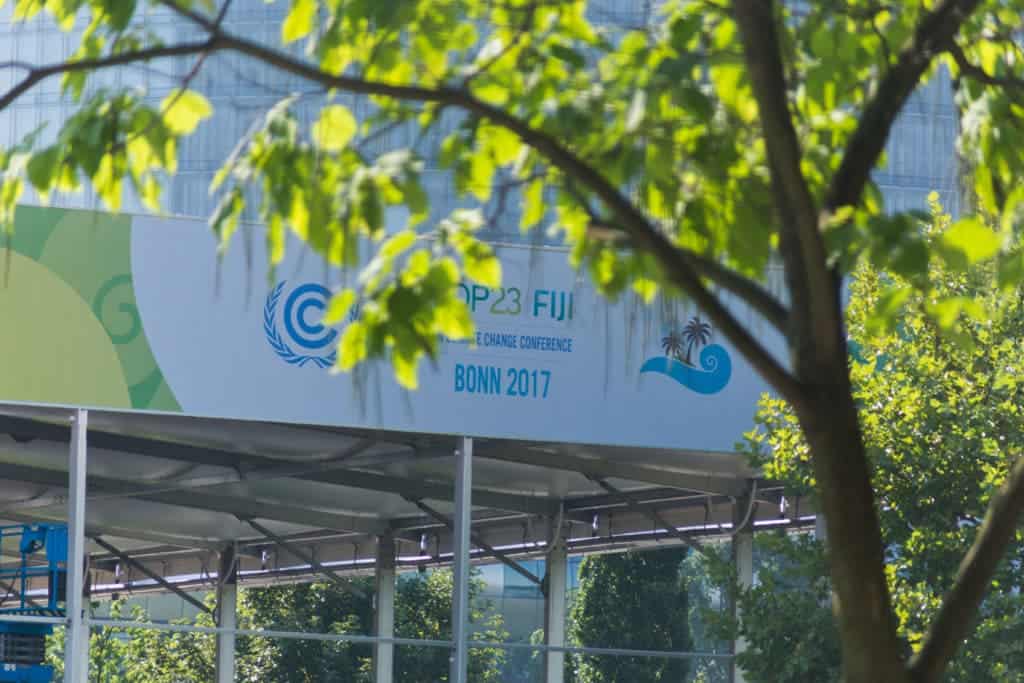 Without a doubt, the biggest recent setback for COP, the Paris Agreement, and the planet’s environment in general, is the current US Administration. Not only have they rolled back a number of environmental measures taken by the previous administration, but President Trump also expressed his desire to exit the Paris Agreement. Contrary to what he announced (and to what some media reported), he doesn’t have the power to leave the Paris Agreement — not until 2020, at least. In 2020, there will be new elections in the US, and it remains to be seen whether the new administration will share the same opinion. But in the meantime, it’s clear that the US will take a giant step back on its environmental progress.

For starters, that leaves a massive global leadership void, and this COP is expected to settle who will fill that void. Almost certainly, China and the European Union will step in, as they’ve already announced plans to do so. Perhaps more importantly, it’s the first big test the Paris Agreement. In Bonn, parties will re-affirm the same commitment or start backing down. As the world’s second biggest polluter and biggest developed economy, the US is, of course, extremely important. But even without the White House, the Paris pledges are expected to proceed unphased — especially as many businesses, cities, and even states in the US have independently expressed their support.

At the end of the day, all we can do is wait and see what happens. The following two weeks might settle many of these questions. Hopefully, there will be good answers.