The perfectly preserved remains of a baby horse belonging to a now-extinct species made headlines when they were unveiled to the world last week. Now, researchers in Russian and South Korea say that the 40,000-year-old foal, discovered in the Siberian permafrost, could be cloned back to life. If they are successful, the achievement would mark an important milestone towards the ultimate goal of resurrecting the wooly mammoth.

The 40,000-year-old horse was found buried beneath 30 meters of permafrost, which preserved it so well that its tail, mane, and hooves were still attached.

According to Semyon Grigoriev, the head of the Mammoth Museum in Yakutsk, the foal was only 20 days old when it perished. But thanks to the astonishing conservation power of the permafrost from the “Mouth of Hell” — the tadpole-shaped, one-km-long crater where the horse was found, initially created by the Soviets when they cleared the forest in the area  — researchers were able to recover muscle tissues from the animal.

These undamaged samples could prove extremely valuable to biotech research — among them, a project that aims to resurrect the now-extinct Equus lenesis, also known as the Lena horse.

Hwang Woo Suk flew in from Seoul, South Korea to personally supervise the DNA extraction process from the foal. If they find viable, undamaged cells, these could be used to clone this unique animal.

“We are trying to make a primary culture using this baby horse,” said Suk, a former professor at Seoul National University. “If we get live cells from this ancient baby horse, it is a wonderful promise to people in terms of cloning.”

Suk is a pioneer of stem cell research, who has fallen out of grace in the scientific community after he was found guilty of falsifying some of his findings. He admitted to using eggs from paid donors in a study that claimed to recover stem cells from a cloned human embryo. Bringing an extinct species back from the dead may be a way for the scientist to redeem himself.

Previously, the South Korean researchers obtained living cells from a dead pet dog frozen by its owners. That was quite an important achievement because water crystalizes and destroys the cells.

Just like they would clone any other animal, the scientists plan to transplant genetic information from a specialized cell into an unfertilized egg cell whose genetic information has been destroyed or physically removed. The mare of a horse species similar to the extinct Lena will be used as a surrogate.

Once they are confident enough in their abilities, scientists plan to do the same for a wooly mammoth with an elephant as the surrogate.

Most of the world’s wooly mammoths were killed around 10,500 years ago, the prime causes are still up for debate. Human hunting, climate change or both have been identified by scientists as prime suspects. But on a small island off the coast of Alaska, an isolated population of wooly mammoths lingered on for thousands of years. They too died around 5,600 years, and with them, their entire species went extinct.

In 2014, a team of international researchers uncovered a 43,000-year-old female from the Siberian tundra which still had well-preserved muscles, kidneys, and even blood.

However, the differences between a mammoth and an elephant are much more significant than those between a modern-day horse and the extinct Lena.

As such, cloning the Lena horse would be an immense breakthrough for scientists looking to bring back species back from the dead. There’s a lot of ground to cover though and, right now, people are probing in the dark. For instance, no one has been able to recover a living cell from ancient tissue before — which is the current plan. That would be unique in itself.

Previously, scientists led by George Church, professor of genetics at Harvard University, merged elephant and mammoth DNA — another important step for cloning the extinct beasts. While DNA can survive for a long time under the ‘freezer’, it’s far from being perfect — it’s impractical for cloning purposes since many bits and pieces have been damaged by the environment, which is why the researchers had to piece together the mammoth DNA with bits from the elephant.

Besides wooly mammoths and the Lena horse, scientists would like to resurrect dozens of other extinct species such as the saber-tooth cat, the Dodo, or the Quagga. 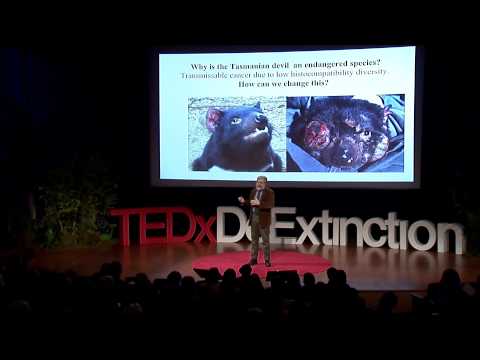