by Mihai Andrei
in Biology, News
Reading Time: 4 mins read
A A
Share on FacebookShare on TwitterSubmit to Reddit 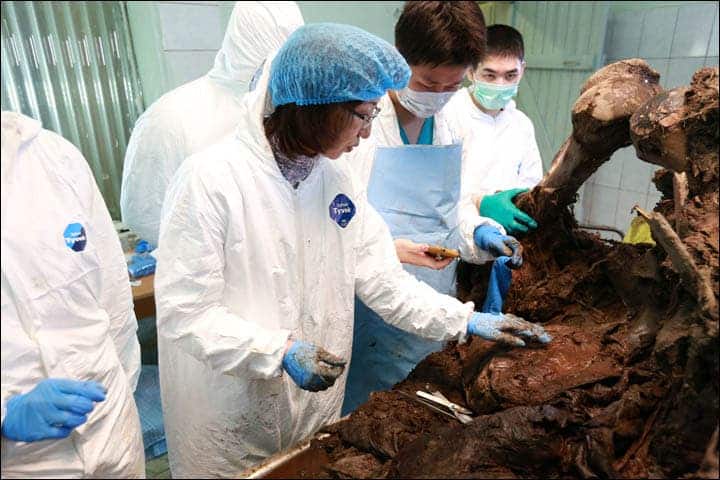 Scientists believe they will be able to extract high quality DNA from remains which have undergone a unique autopsy in Yakutsk, capital of the Sakha Repblic, also called Yakutia, in Siberia – they also believe they will be able to clone a wooly mammoth based on those remains. There was a wave of excitement spreading throughout the entire team, which features members from Russia, the UK, the USA, Denmark, South Korea and Moldova.

Radik Khayrullin, vice president of the Russian Association of Medical Anthropologists put it out there in the open:

‘The data we are about to receive will give us a high chance to clone the mammoth.’

Not the first try

This is all kinds of strange. First of all, this is not the first time Russian scientists claimed they can clone a mammoth. Other researchers, however, were not convinced:

“C’mon, it’ll never happen. Not in my lifetime,” said Webb Miller, a Penn State computer scientist and genomicist who helped decipher the genetic code of a woolly mammoth.

Back then, they claimed that there is a “high likelihood” of being able to clone a wooly mammoth using a surrogate elephant mother.

“DNA from a woolly mammoth is a mess,” he explained. “It’s fractured into very short pieces, and there’s a lot of postmortem DNA damage other than just breakage. The code gets damaged a lot.”, Miller added. 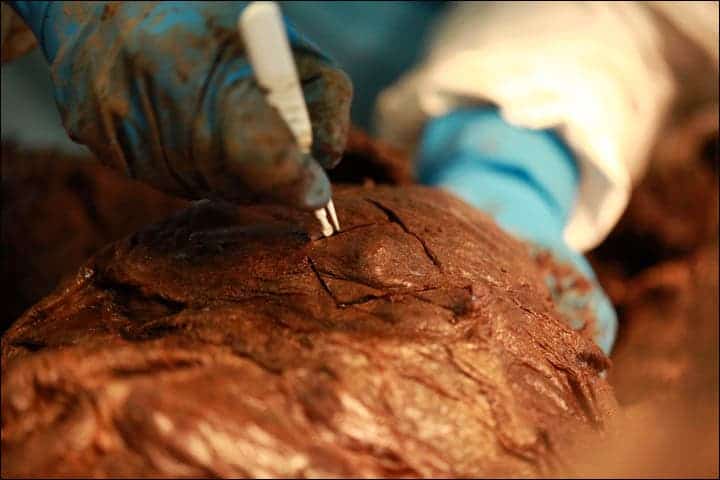 But still, Khayrullin is extremely optimistic. As a matter of fact, he’s so certain that this (cloning a mammoth) is feasible, that he says the problem is now ethics.

‘We must have a reason to do this, as it is one thing to clone it for scientific purpose, and another to clone for the sake of curiosity’.

The one thing he acknowledges however is that any cloned mammoth won’t be dentical to the creatures that become extinct between 4,000 and 10,000 years ago.

‘It will be a different mammoth to the one living 43,000 years ago, specially taking into account that there will be interbreeding with a female elephant.’ 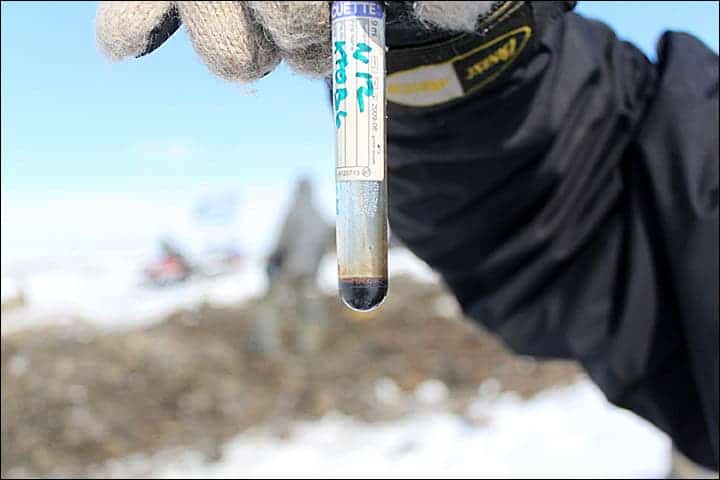 Viktoria Egorova, chief of the Research and Clinical Diagnostic Laboratory of the Medical Clinic of North-Eastern Federal University explains the extremely high quality of the sample.

‘We have dissected the soft tissues of the mammoth – and I must say that we didn’t expect such results. The carcass that is more than 43,000 years old has preserved better than a body of a human buried for six months. The tissue cut clearly shows blood vessels with strong walls. Inside the vessels there is haemolysed blood, where for the first time we have found erythrocytes. Muscle and adipose tissues are well preserved. We have also obtained very well visualised migrating cells of the lymphoid tissue, which is another great discovery. The upper part of the carcass has been eaten by animals, yet the lower part with the legs and, astonishingly, the trunk are very well preserved.’

But they have even more remarkable biological material.

‘We also have the mammoth’s liver – very well preserved, too, and looks like with some solid fragments inside it. We haven’t managed to study them yet, but the first suggestion is that possibly these are kidney stones. Another discovery was intestines with remains of the vegetation the mammoth ate before its death, and a multi-chambered stomach what we’ve been working with today, collecting tissue samples. There is a lot more material that will have to go through laboratory research’. 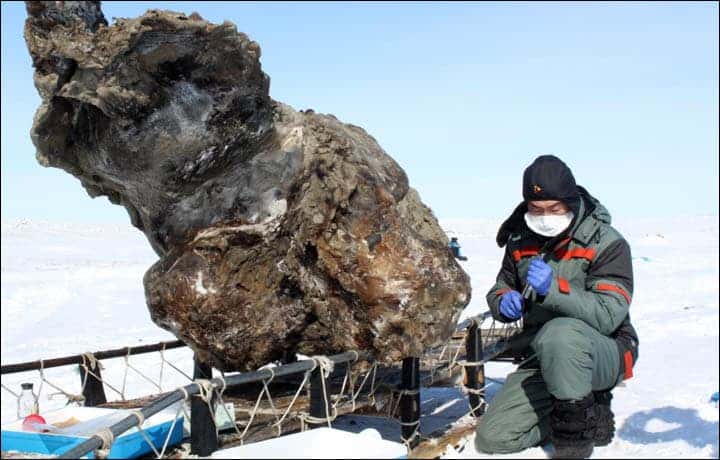 Part of the reason why the sample is so good is because of the sad fate suffered by the mammoth. It’s fairly clear that the poor animal met its untimely demise when it was about 60 years old, after falling into an ice hole it was not able to escape, agonizing for hours and hours.

The age is still not clear, as initial tests revealed an age of 10.000 years, but further tests conducted by Alexei Tikhonov, deputy director of the Zoological Institute, St Petersburg, indicated around 43,000 years old.

This is, from a scientific point of view, a remarkable discovery – finding remains so well preserved, including a trunk and a liver is just amazing. But can they really clone it? To be perfectly honest, I don’t know. There’s only a handful of people who can truly answer that question… and they don’t really agree with each other at the moment. But even if they can do it… should they do it? There is always an ethical concern when it comes to cloning a species, especially one that’s extinct for so many years! There’s a very good chance that this will fail, with disastrous consequences for the cloned animal, and perhaps even for the surrogate mother. Is it really fair to make such a big gamble? I have a feeling we’re gonna get the chance to discuss that more as the situation unravels itself.