Spoiler alert: it's probably not China. Or Australia.

Have you ever wondered where you’d end up if you dug right through the middle of the Earth? Let’s be honest, of course you have. People have different ideas about where they’d end up, but it’s usually just a myth. In the US, they say “digging all the way to China” and in the UK they say it’s in Australia. But in Australia, they say it’s somewhere else in Europe. So which is true?

Well, the people at Antipodes Map have developed an interactive map where you just input your city or post code and they tell you where you end up. As you might expect, most places simply end up in the ocean — as the ocean covers more than 70% of the Earth’s surface. But let’s have a look.

In London, which is the city with most ZME readers (cheers, guys!), you’d definitely miss Australia — you’d even miss New Zealand. You’d have to start somewhere in Spain to end up in New Zealand, and in the Portuguese Azore islands to end up in Australia’s capital, Canberra. 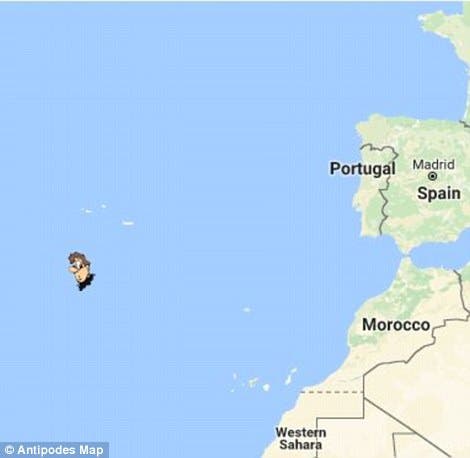 Canada is the closest in North America you’d end up on land, but even then, you’d only end up around the Heard Island and McDonald Islands — still the middle of nowhere.

This is just a small list. Of course, you can check your own location or anything you want on the interactive map.

Antipodes Map also features a list of Antipode cities, to give you a sense of the geography of other areas. Here are a few examples:

Here are some bigger cities which are close to being Antipodes, but not quite there: