A song of ice and fire 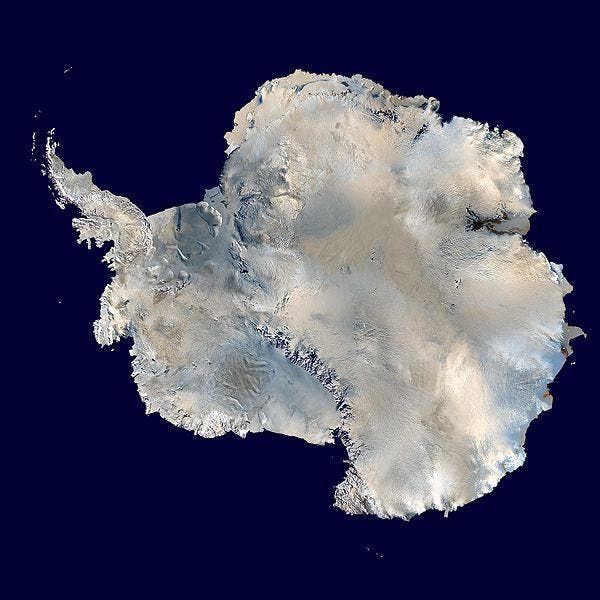 Since the Western part is losing weight due to melting and ice loss (billions of tons of ice per year), its softer mantle rock is being pushed more and more by the harder mantle beneath East Antarctica.

The discovery was made by researchers from The Ohio State University; they used highly sensitive GPS measurements to track any potential movement, and found that West Antarctic bedrock is being pushed sideways at rates up to about twelve millimeters per year (that’s about half an inch, for you non-metric people). This may not seem like much, but when you compare it to other areas around the world, it’s pretty huge.

The movement of the ice sheet is very important in understanding the effects of current ice loss, and also predict future loss. However, the team was quite surprised to see that the bedrock was in fact moving towards regions of greatest ice loss – the opposite you’d expect.

“From computer models, we knew that the bedrock should rebound as the weight of ice on top of it goes away,” Wilson said. “But the rock should spread out from the site where the ice used to be. Instead, we see movement toward places where there was the most ice loss.”

In order to understand this, they also analyzed the seismic information. They found that seismic waves pass faster through East Antarctica than through West Antarctica; since the bedrock is pretty much identical between the two, the difference must be caused by temperature. Rocks travel slower through hotter rocks, so this means that West Antarctica contains warmer, softer rock, and East Antarctica has colder, harder rock.

Stephanie Konfal, a research associate with POLENET, pointed out that where the transition is most pronounced, likening it to a jar of honey:

“If you imagine that you have warm spots and cold spots in the honey, so that some of it is soft and some is hard,” Konfal said, “and if you press down on the surface of the honey with a spoon, the honey will move away from the spoon, but the movement won’t be uniform. The hard spots will push into the soft spots. And when you take the spoon away, the soft honey won’t uniformly flow back up to fill the void, because the hard honey is still pushing on it.”

All this is caused by what’s happening in the mantle – the crust is just along for the ride.

The above story is based on materials provided by Ohio State University.