by Mihai Andrei
in Nanotechnology
Reading Time: 3 mins read
A A
Share on FacebookShare on TwitterSubmit to Reddit

New tests conducted by MIT researchers working at the Institute for Soldier Nanotechnologies showed nanomaterials could lead to better armor against pretty much everything, from all sort of bullets to micrometeorites. 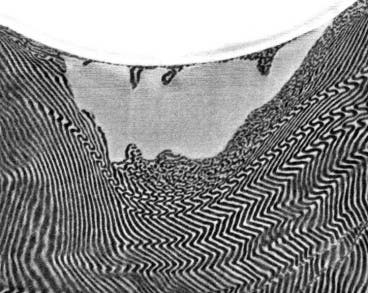 In the good old days, if you wanted a good armor, you had to bulk up. First it was studded leather, then chainmail, steel and so on. But modern research has showed us that it’s not only heavy materials that get the job done; lighter materials, such as kevlar can get the job done even better. This new study pushed things even further, showing that much lighter materials are capable of doing the job just as effectively, or even better.

The key here is to use two or more materials whose stiffness and flexibility are structured in very specific ways – which is obtained by alternating layers just a few nanometers thick. In order to test their new materials, the team produced miniature bullets and measured the effectiveness of the impact absorbing material.

The team developed a self-assembling polymer with a cake-like structure: alternating between rubbery layers, which provide resilience, and glassy layers, which were brittle but offered strength. Then they developed a method of shooting out high speed projectiles at the armor. The projectiles measured about 1/1000 of a millimeter, but they were big enough to simulate bullets, and small enough for the impact effects to be measured with an electronic microscope.

The team found that direction was quite important; a head on impact was absorbed more efficiently (by 30 percent) than an edgy impact. But all in all, the materials worked out even better than expected.

“The key to developing materials with better impact resistance is to understand deformation and failure behavior at the tip of an advancing projectile,” sayd Donald Shockey, director of the Center for Fracture Physics at SRI International, a nonprofit research institute in Menlo Park, Calif. “We need to be able to see that.”

The research was funded by the U.S. Army Research Office, and it’s easy to understand why the military would be interested in this kind of research.

“It’s a novel and useful approach that will provide needed understanding of the mechanisms governing how a projectile penetrates protective vests and helmets.”, Shockey explained. He adds that these results “provide the data required to develop and validate computational models” to predict the behavior of impact-protection materials and to develop new, improved materials.

This kind of approach hasn’t really been studied in depth until now, and MIT and Rice researchers working on the project weren’t thinking only about creating an armor; these nanomaterials could have a swarm of applications in different fields; they could be extremely useful for space shuttles, creating a coating which will protect them from micrometeorites, or for protecting jet engine turbine blade from high speed sand or ice particles.

Research was published in Nature