by Alexandra Gerea
in Mind & Brain, News, Nutrition, Science
Reading Time: 4 mins read
A A
Share on FacebookShare on TwitterSubmit to Reddit

A review of previous studies found that adhering to a healthy diet (and particularly the Mediterranean diet) can help reduce depressive symptoms and tackle clinical depression. 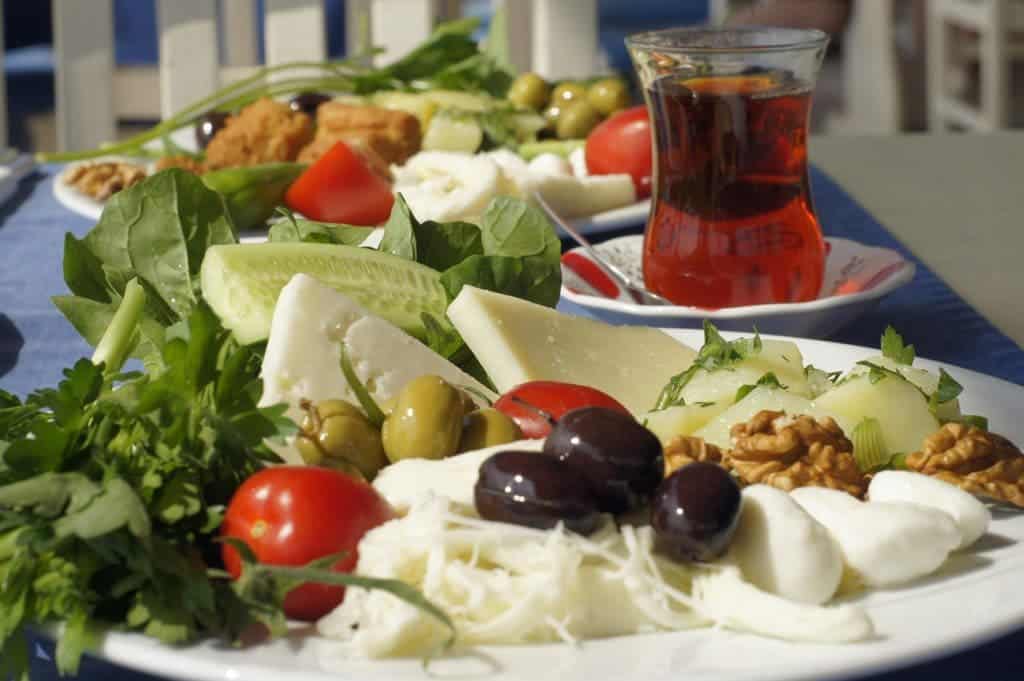 Although the science around the Mediterranean Diet just got a bit more hazy with the discovery of some flaws in the PREDIMED study, separate efforts still suggest benefits to this dietary approach. The Mediterranean diet is not a diet in the strictest sense, it’s more like a guide of dietary patterns. It emphasizes plant-based foods (fruits and vegetables), whole grains, legumes, and nuts. It also involves a lot of herbs, not so much salt, olive oil instead of butter, and low quantities of red meat. It’s been associated with a lot of health benefits — and not in the least, mental benefits.

The idea that food has a big impact on people’s mental health is not new and seems somewhat intuitive, but understanding the exact influence of one’s can be very tricky.

Take depression, for instance — among its many symptoms, it also reduces appetite and makes people focus less on the quality of their diet. In addition, people who are happier tend to eat better food, and unhappy people tend to drink more alcohol for instance, which is also associated with depression. So you end up with a series of feedback loops where the causes and effects can be hard to differentiate.

In a new study, researchers working at the University College London looked at 41 studies published within the last eight years to analyze the complex interplay between food and depression.

“With depression being the psychiatric disorder incurring the largest societal costs in developed countries, there is a need to gather evidence on the role of nutrition in depression, to help develop recommendations and guide future psychiatric health care,” the researchers start their study. “The aim of this systematic review was to synthesize the link between diet quality, measured using a range of predefined indices, and depressive outcomes.”

The 41 studies tracked 36,000 people; 21 of these studies were longitudinal (monitoring people over a period of time), while the rest were cross-sectional (only analyzing a snapshot of peoples’ lives). When all the data was put together, results suggested that the plant-rich diet was associated with a 33 percent reduced risk of depression, compared to diets that were most unlike it.

“According to recent reviews, the available evidence suggests an inverse association between healthy or prudent dietary patterns and depression, despite some inconsistent results and heterogeneity in the methods used to define healthy dietary patterns,” the study reads.

The conclusion suggests that the quality of the food we eat and our mental state do seem to be connected. Researchers emphasize that this is more than an indirect effect in the lines of “good food makes you healthier, which makes you happier” — there seems to be a direct effect at work.

“There is compelling evidence,” says lead study author Dr. Camille Lassale, who is a research associate in UCL’s Institute of Epidemiology & Health Care, “to show that there is a relationship between the quality of your diet and your mental health.”

However, even the study authors recommend caution. Lasalle, who carried out the analysis, said that while there is evidence to suggest that the foods we eat can make a difference in lowering our risk of depression, there’s still no solid clinical proof yet — this is just an observation, the exact mechanism(s) through which this healthy diet can reduce depression symptoms are not properly addressed yet.

But researchers have some ideas.

“Our review shows that there is observational evidence to suggest that both adhering to a healthy diet, in particular a traditional Mediterranean diet, and avoiding a pro-inflammatory diet is associated with reduced risk of depressive symptoms or clinical depression.”

If you’re worried about your mental health, don’t keep it bottled within. Speak to your family doctor, and if possible, try discussing things with family and close friends.