Our brains may be wired to think logarithmically – not linearly

by Mihai Andrei
in Mathematics, Psychology

What’s halfway between 1 and 9? If you’re like most people, you’d answer 5 or 4.5 – which is fine. But if you take a 6 year old kid on the other hand and ask him the same question, the odds are he’ll answer 3. 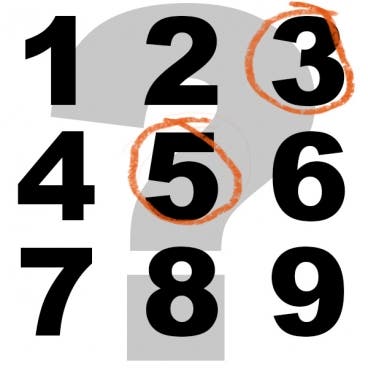 According to a recent study, the great majority of children and illiterate people will answer “3” to this question, and it’s quite likely there’s a solid evolutionary reason behind that. The reason, as strange (and speculative) as it is, is that our neural circuits are evolved to count logarithmically rather than linearly. If you know what logarithms are, you’ll probably find this ironic because most people really struggle to learn them. If you don’t know, here’s the quick info.

Logarithms have a huge number of applications to the natural world, and many mathematicians are studying how they elegantly describe all sort curves and spirals, such as fractal patterns, ratios between musical octaves and, most famously, the golden ratio itself. Following this line, it can be circumstantially inferred that logarithms are hardwired into our sensory pathways – this is quite a speculative leap, but one that definitely has something going for it.

Researchers from MIT’s Research Laboratory of Electronics (RLE) employed the techniques used in information theory to demonstrate that, “given certain assumptions about the natural environment and the way neural systems work, representing information logarithmically rather than linearly reduces the risk of error“. To me, this seems logical from an evolutionary point of view as well: if you’re thinking logarithmically rather than linearly, you’re more likely to do well, and therefore your genes would spread accordingly. The work was led by John Sun, a graduate student.

Source: MIT News
The results were published in the Journal of Mathematical Psychology