by Mihai Andrei
in Mathematics
Reading Time: 3 mins read
A A
Share on FacebookShare on TwitterSubmit to Reddit

If you’re a sci-fi geek like me, you’ve most likely read at least a few Asimov novels, and you know what psychohistory is – a fictional science which combines history, sociology, and mathematical statistics to make general predictions about the future behavior of very large groups of people. Now, researchers have made important steps towards such an algorithm.

The new algorithm was developed by Xiaoshi Li of Beijing, a data scientist who took the top $12,000 prize in the organizations’ Tech Challenge for Atrocity Prevention. For each five day period, this algorithm, it takes into consideration 23 factors and builds a decision tree using data from recent atrocity and social-political records. The algorithm then makes the prediction as the weighted linear combination of the recent decision tree predictions. But the way it works is just fascinating. 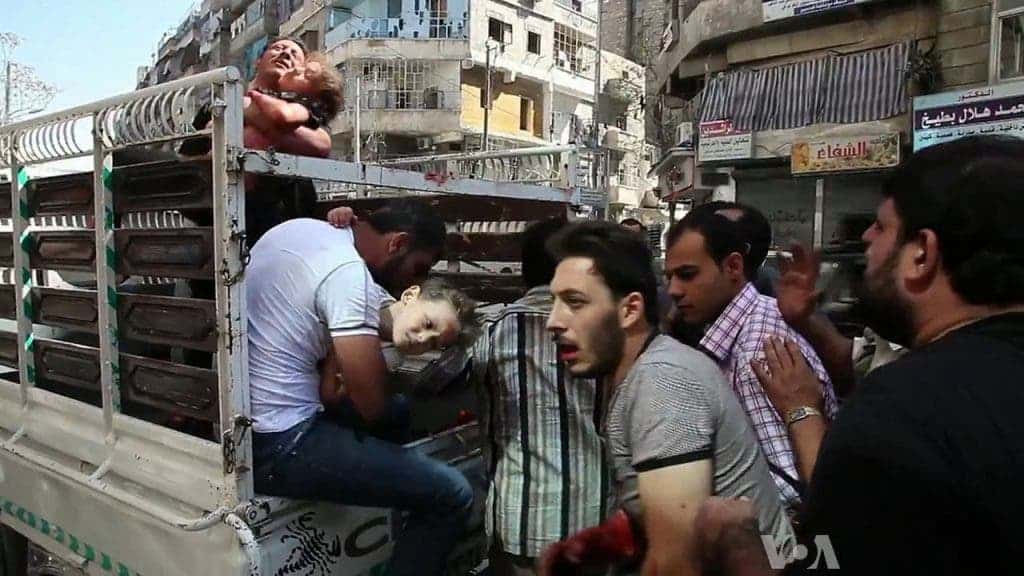 It doesn’t take a genius to think that areas such as Syria, Darfur or the Congo area are much more likely to suffer atrocities, but the algorithm could be most useful in less obvious cases.

“What was incredibly exciting about the winner was the ability to predict where mass atrocities would occur where they haven’t occurred in the past,” says Michael Kleinman, investments director at Humanity United.

Of course, it’s not perfect – it’s not even close to that, and it won’t be so in the foreseeable future – but it works pretty good. It generally predicted events 62% more accurately than a “dummy” comparison model that assumed the status quo would perpetuate. But in the cases where there hadn’t previously been any atrocity, it was 112% more accurate in predictions.

Let’s take, for example, the Tripoli area in Libya in 2011, where nothing significantly happened since then. The winning algorithm begins spotting unrest in Libya and predicts a 5% per month risk for the region starting in early March 2010 – six months later, the prediction takes place when between August 21st and August 24th, rebel troops entered Tripoli with heavy fighting, and Gaddafi’s forces collapsed. The dummy model (represented in blue below), showed no risk until after everything started. 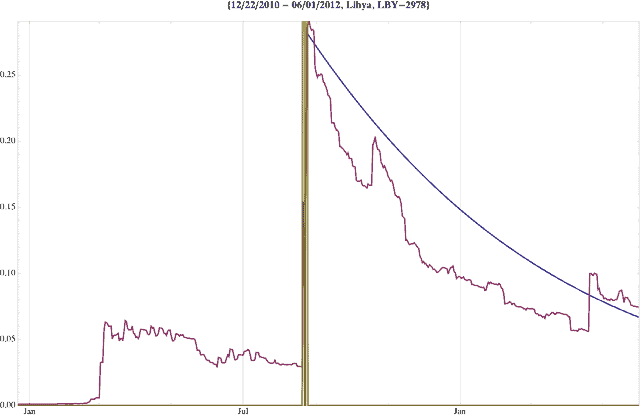 What makes this possible is the unprecedented geo-tagged database–a comprehensive list of every political event from 1979 up to the present. The GDELT, or the Global Data on Events, Location, and Tone, was set up earlier this year by the University of Illinois and contains more than 250 million events, everything from small riots to full scale revolutions, divided into more than 300 categories. Automated software scans for new updates every single night.

The model is open sourced, so everyone can use it, improve or adapt it for their own uses. Kleinman says there is no silver bullet, but a decision making tool that could help organizations use their resources to prevent atrocities. Now, the next step is to actually make policymakers listen.

“A warning that sort of falls on deaf ears isn’t much of a warning at all. And that can be a long process–sensitizing people to what these quantitative assessments of risk really mean,” says Kleinman. “Our hope is that by drawing public attention to a potential crisis that puts pressure on the government involved.”