The power of ‘pay it forward’: longest kidney transplant chain ever concluded

The world’s longest kidney transplant chain which just ended at Loyola Medical Center in Maywood, Illinois, USA was possible thanks to the people who just ‘paid it forward’.

The chain started when Rick Ruzzamenti, a man who describes himself as being “impulsive” decided to donate his kidney, after being motivated by a friend who had done the same thing for a woman she knew. After hearing her story, Ruzzamenti decided to give away his kidney, even though he didn’t know who it was going to go to.

His donation ended up helping a man whose niece wanted to give him a kidney, but wasn’t a match. When her uncle finally got the kidney from Ruzzamenti, she decided to give her kidney to someone else anyway. After Ruzzamenti kicked off this chain, no less than 60 operations were possible because of other willing donors who were wanted to donate their kidneys, but weren’t compatible. It worked like this: these people got kidneys from somebody they didn’t know, and in return, they also gave kidneys to people they don’t know. Don Terry, the final part of the chain, was told it may take up to 5 years to find a donor, after being diagnosed with diabetes-related renal disease during his 40’s. Terry was able to receive a kidney much faster than he would have, and was, of course, very grateful for it. 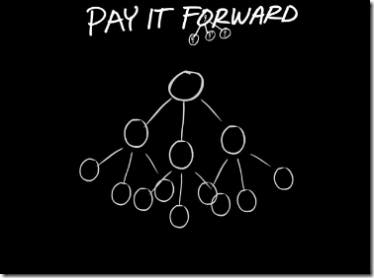 The chain, called Chain 124, by the nonprofit National Kidney Registry was possible, aside from the many good people involved, because of massive coordination in finding the perfect matches, organ transportation and surgery. John Milner, a Loyola transplant surgeon, explained that patients who do not have a family member with a matching kidney can wait up to 10 years for a transplant, but with this system, they can get it in a matter of months. The chain consisted of children donating to parents, parents to children, sisters and brothers, spouses, even ex’s donating to each other for the sake of the children. Hopefully, we can learn something from this.