A researchers from the University of Southampton has developed a a wireless network of sensors that is set to revolutionize soil-based salinity measuring.

Testing the salinity levels in soils is a big deal – any salty water infiltrations can have massive effects on agriculture and sometimes, even on soil stability. At the moment, you can analyze soil salinity either indirectly, through geophysical techniques (most notably resistivity measurements, as salty water is extremely conductive), or directly – by taking soil samples and analyzing them in the lab. The problem is that resistivity only maps any salty infiltrations, without giving some clear values, while sampling takes a lot of time and money. 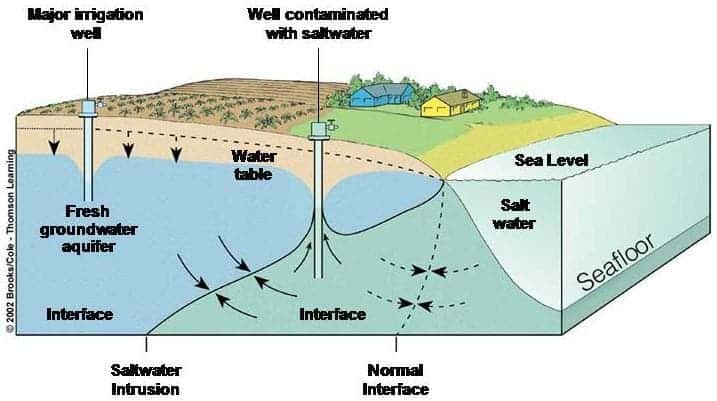 Dr Nick Harris, from Electronics and Electrical Engineering, worked with a group of professors from the University of Western Australia (UWA) to produce the revolutionary sensor that can carry out non-invasive measurements handily.

The sensor basically measures the chloride (salt) in the soil moisture; by linking several sensors together, he can create a wireless network that can collate and relay the measurement readings. The network can also control the time intervals at which measurements are taken in order to develop a time map.

“Traditionally, soil-based measurements involve taking samples and transporting them to the laboratory for analysis. This is very labour and cost intensive and therefore it usually means spot checks only with samples being taken every two to three months. It also doesn’t differentiate between chloride in crystallised form and chloride in dissolved form. This can be an important difference as plants only ‘see’ chloride in the soil moisture. The removal of a soil sample from its natural environment also means that the same sample can only be measured once, so the traditional (destructive) method is not suited to measuring changes at a point over a period of time.”

The network also employs a small unit which is “planted” in the ground and just left there, and the limiting factor for the entire array is the lifetime of the sensor – which is estimated to be well in excess of 1 year. The battery-powered unit sends the data via either short range radio, Bluetooth, satellite or mobile phone network, and it also allows it to be stored on a memory card and be collected at a later time.

“These soil-based chloride sensors can benefit a wide range of applications. Large parts of the world have problems with salt causing agricultural land to be unusable, but the new sensors allow the level of salt to be measured in real time, rather than once every few months as was previously the case.”

The good thing is that you can also plant these sensors at different depths and have an accurate 3D image of what is happening with the underground salty water. He believes that the sensors can be used at a local levels by farmers, but also at a much larger scale – when planning irrigations or development strategies, for example.

“At plant level, probes can be positioned at continuous levels of depth to determine the salt concentration to which roots are exposed and whether this concentration changes with the depth of the soil or in different weather conditions. We can also measure how well a plant performs at a particular concentration and change the salt content for a few days and observe the effects. On a bigger scale, sensors could be placed at different locations at catchment scale to observe any changes in the level of salinity within a field over time, having a direct impact on irrigation strategies. We have already been able to make some interesting observations on real world chloride concentration changes over just 24 hour periods, illustrating the dangers of relying on single point, single time measurements.”