The idea for this article hit me while I was writing this post about awesome landscapes. I was doing some research, and when I found the amazing things hot water springs can create, it was obvious that this article had to come. 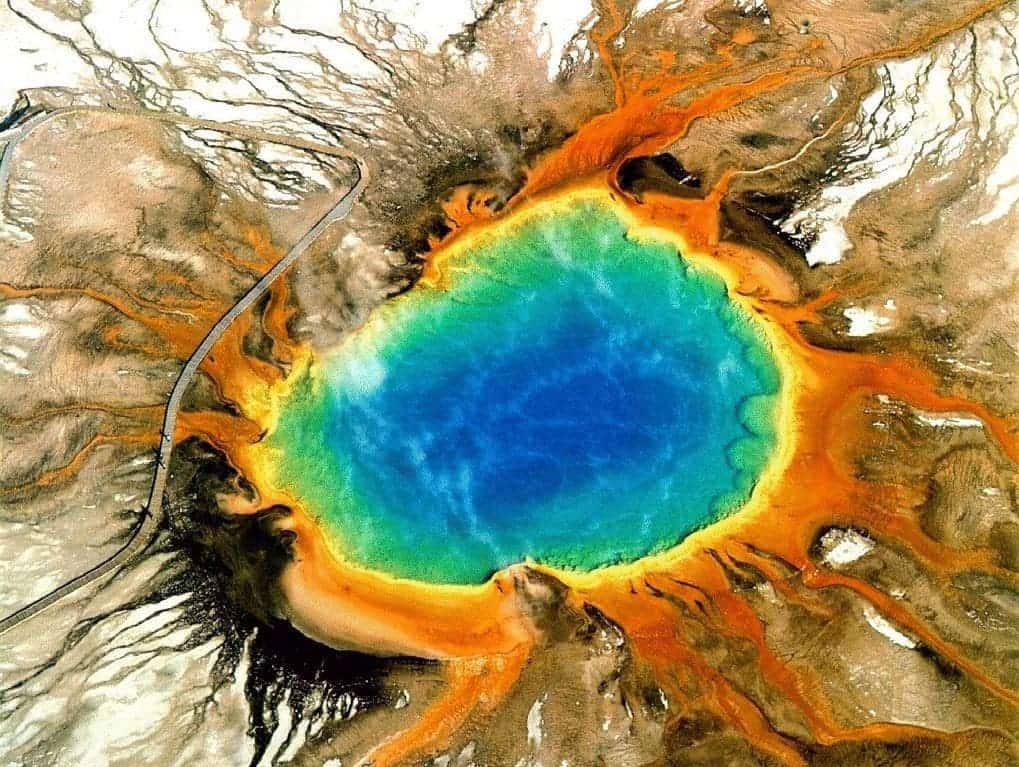 Measuring about 250×380 feet, and being the largest hot water spring outside of New Zealand, the Grand Prismatic Spring is definitely something worth gazing at. 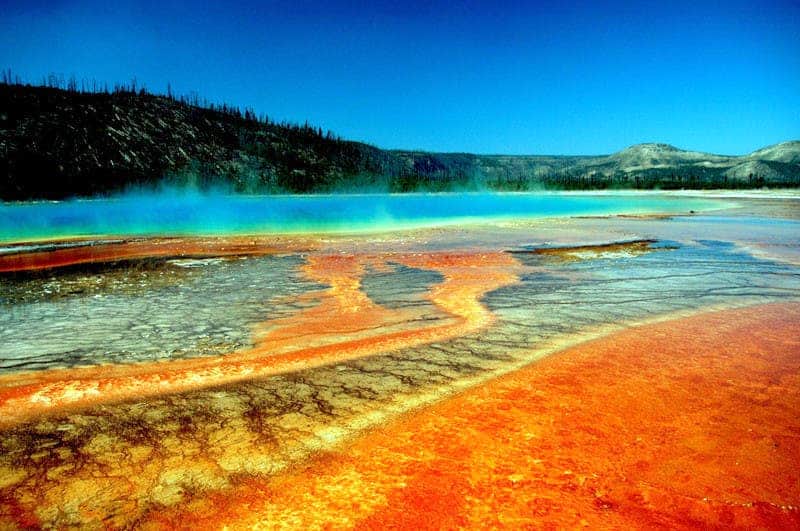 It sits in Yellowstone, high on the top of a mound, and has some small terraces that highlight even better the amazing colours created by the bacteria inside the water. 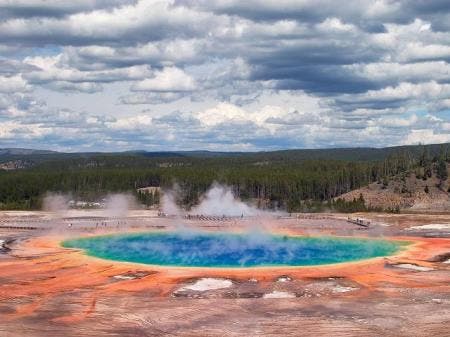 The vivid colours are the result of pigmented bacteria; the colours range from green to red, depending on the amount of chlorophyll the bacteria has, as well as the temperature of the water. 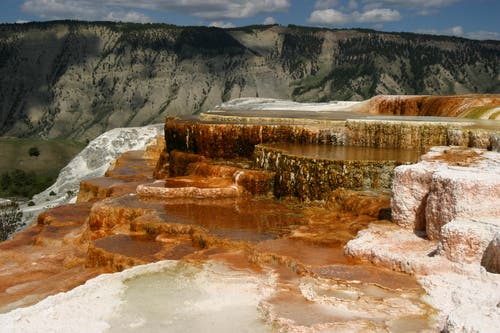 While we’re still in Yellowstone, I just have to mention Mammoth springs. 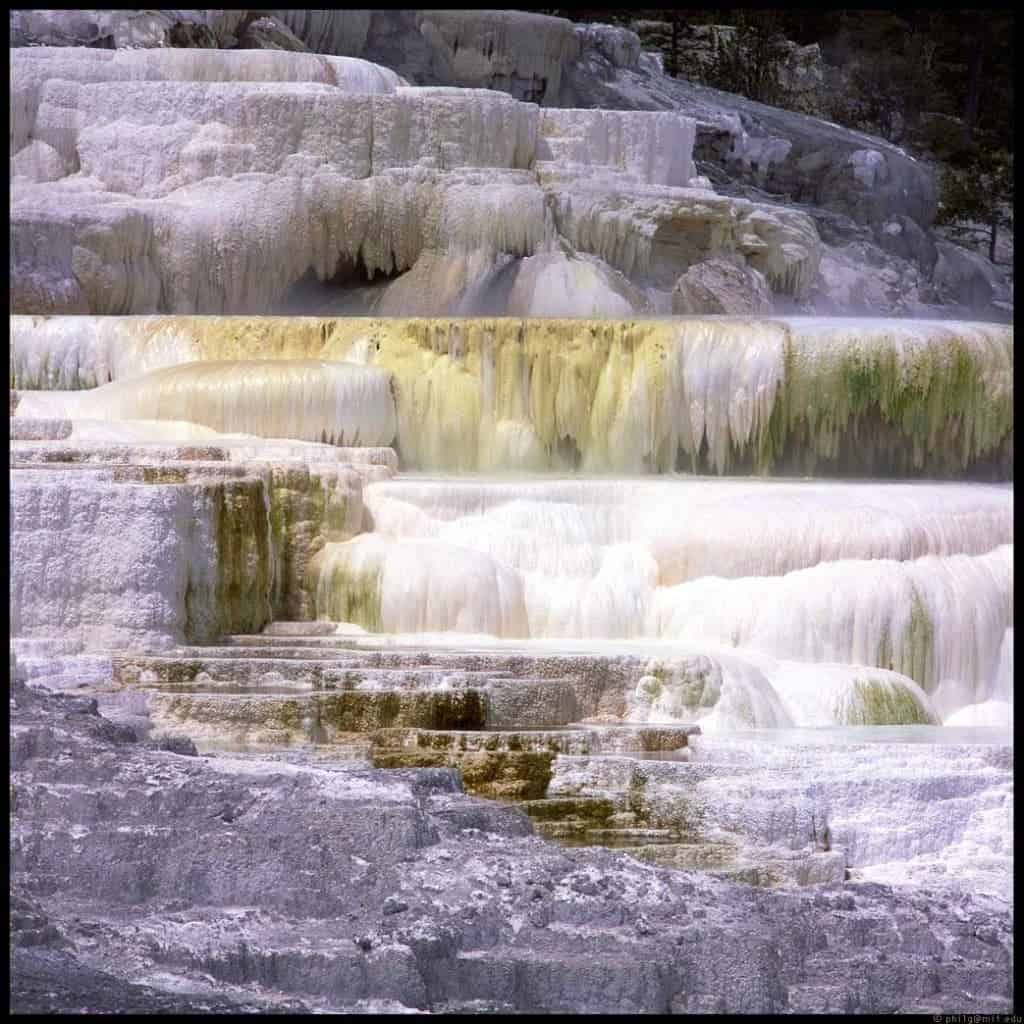 The amazing springs that showcase terraces was formed due to the occurence of the typical elements: heat, water, limestone, and a fracture system. 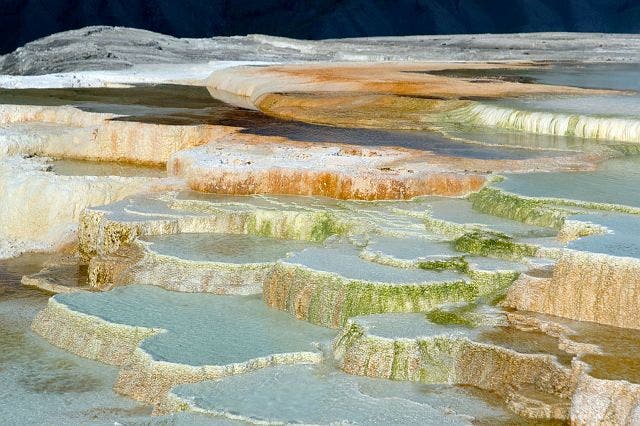 Heat and water create the necessary force for the travertine terraces to appear (travertine is a form of limestone deposited by mineral springs and generally associated to hot springs). 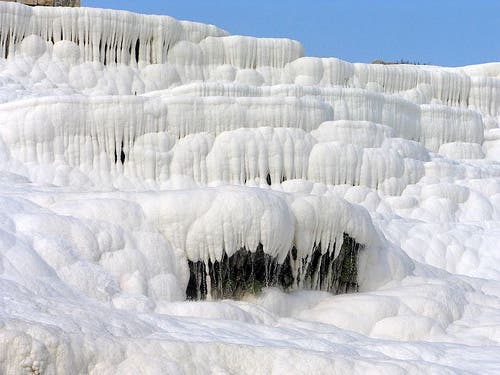 In Turkish, Pamukkale means “cotton castle” – and it’s quite easy to understand why. 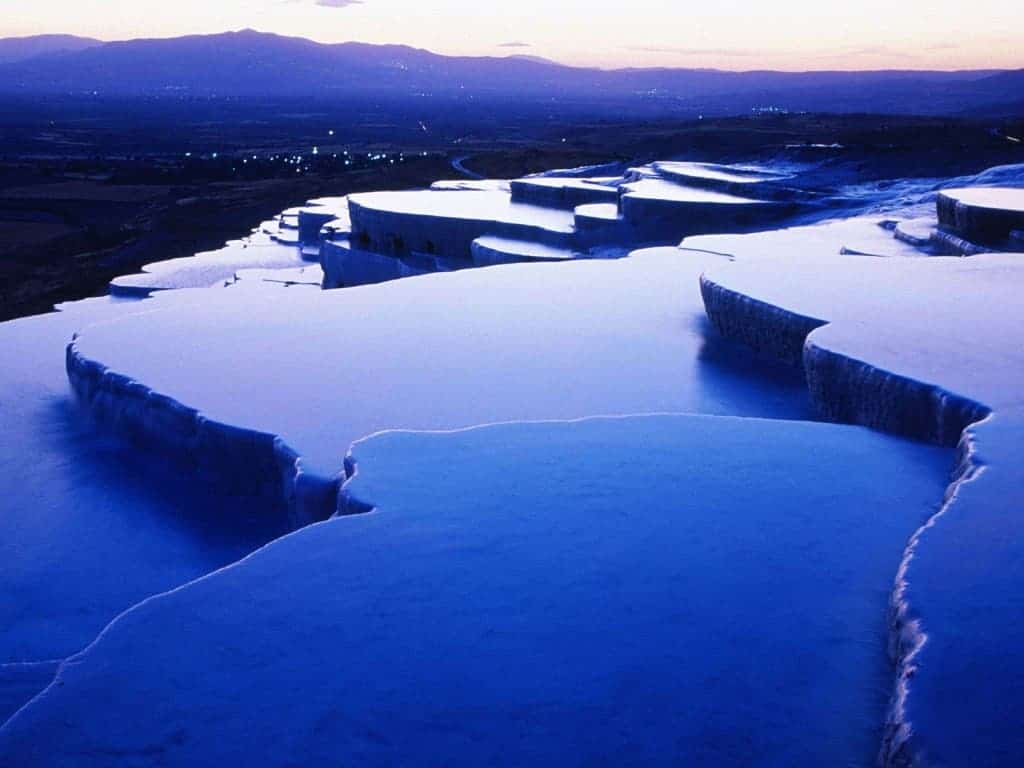 It was created with pretty much the same elements as Mammoth Spring, but the aspect is not identical, because the deposition of the travertine depends on a number of factors, including weather, temperature, local geochemistry, etc. 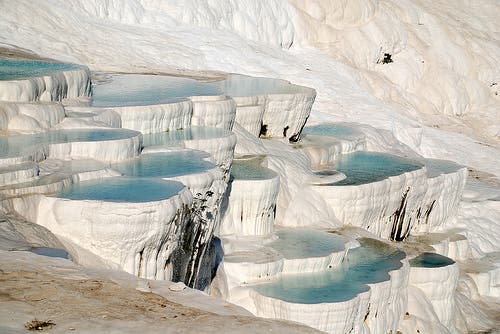 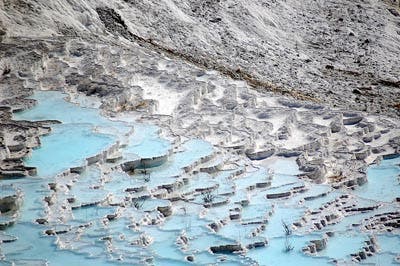 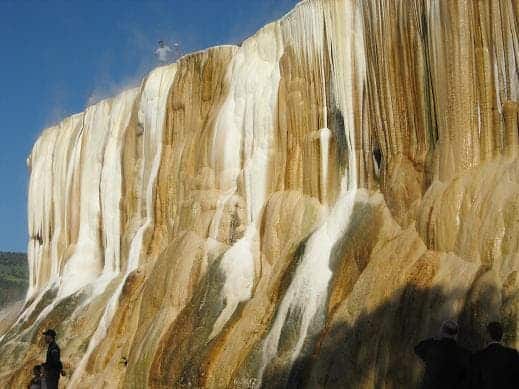 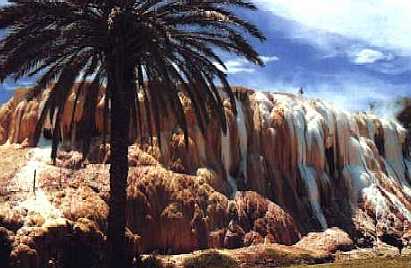 Here, you can practically see the travertine formations cascading down like waterfalls. 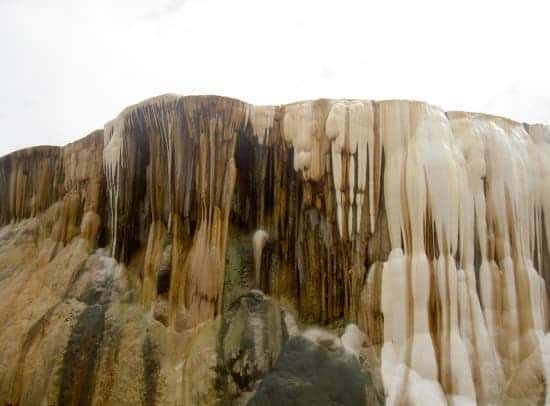 This happens because of the way it is formed. Initially, the mineral depositions are soft and jelly-ish (so to speak), but as time passes, they harden in whatever position they are left. 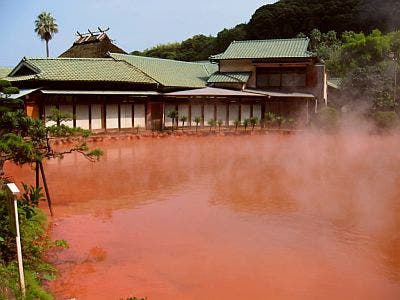 The people who named it sure didn’t have to think a long time when they named it. 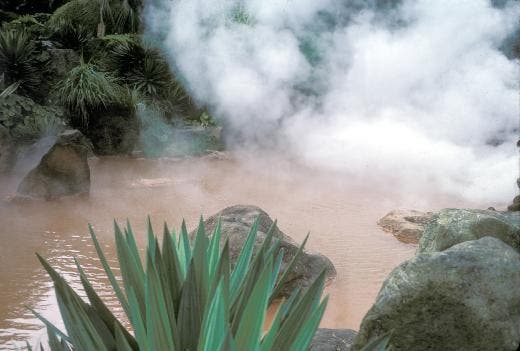 There are nine hot water springs in Beppu, and they’ve been nicknamed “hells”, due to the boiling water, and the Blood Pond is the “worst” of them. It’s also the nicest one to look at… at least if you ask me. 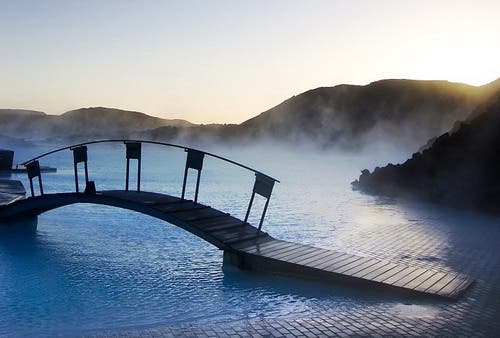 This Icelandic Blue Lagoon has been turned into a geothermal spa, due to the minerals in the water, such as silica and sulphur. These mineral rich waters are reputed to help people suffering from skin diseases. 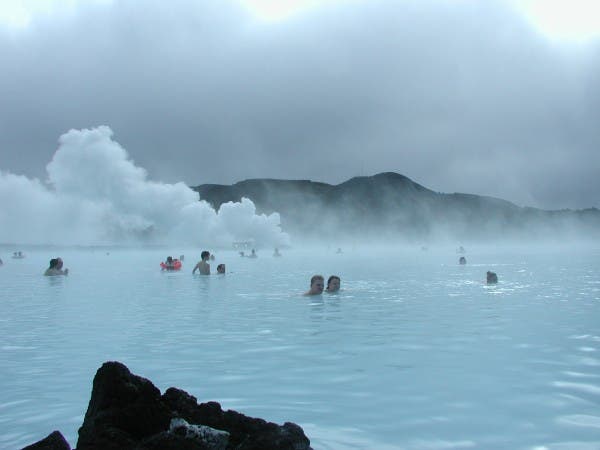 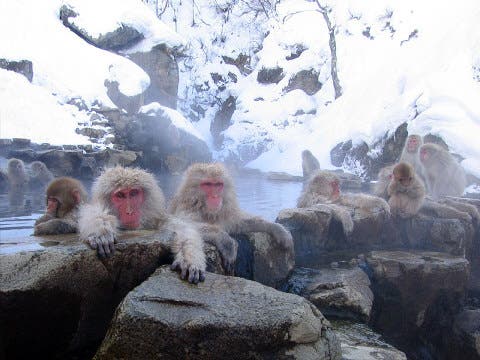 The name Jigokudani literally means Hell’s Valley – something with Japanese and hot water springs… can’t find a single one that’s not named hell. 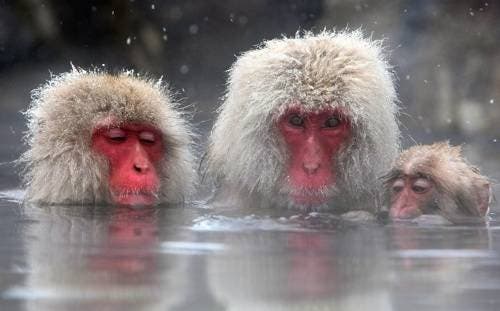 The spring itself isn’t extremely spectacular, but the thing is, it’s famous due to a large population of Japanese Macaques, commonly known as snow monkeys. The smart rascals come down from the cold forests to take a warm bath… and who can blame them ?