Geologists have found a praying-mantis-like cockroach that lived at the side by side with the dinosaurs, 100 million years ago, during the mid Cretaceous. The insect was preserved in amber. 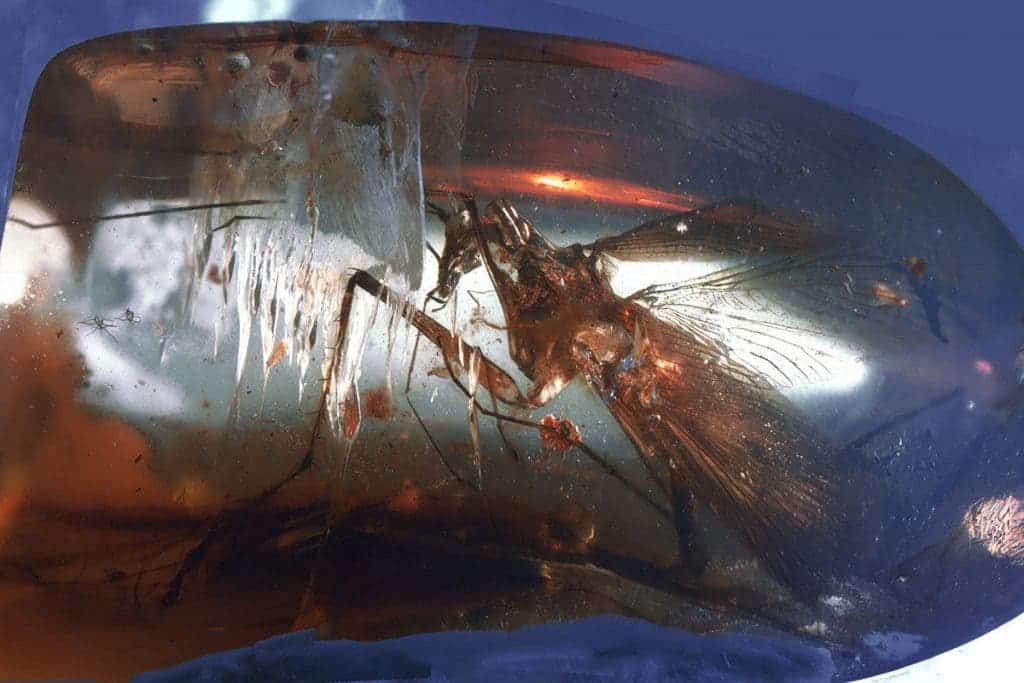 Peter Vršanský from the Geological Institute in Bratislava, Slovakia, and Günter Bechly from the State Museum of Natural History in Stuttgart found the insect at a mine in Noije Bum, Myanmar. The specimen was one of many found in the area, and is related to today’s praying mantises. Out of all the predatory cockroach lineages that evolved in the Cretaceous, only praying mantises survive today.

According to the two researchers, its long neck, which allows the head to rotate freely, and unusually long legs area a good indication that it actively hunted prey.

“The new species exemplifies the reverse trend to that observed in the mantodeans, namely an elongation of extremities, including palps. This elongation especially applies to the elongation of tibia. In addition to the pursuit predatory lifestyle, it can be inferred that these insect were autochthonous inhabitants of the Cretaceous Araucaria amber forest in Myanmar. This inference is mainly based on the fact that four additional specimens of this new taxon (with one early immature specimen) are known to us from traders of Myanmar amber inclusions,” the study reads.

The Cretaceous was a period with a relatively warm climate, resulting in high sea levels. It is the period when many new groups of mammals and birds, as well as flowering plants, appeared.